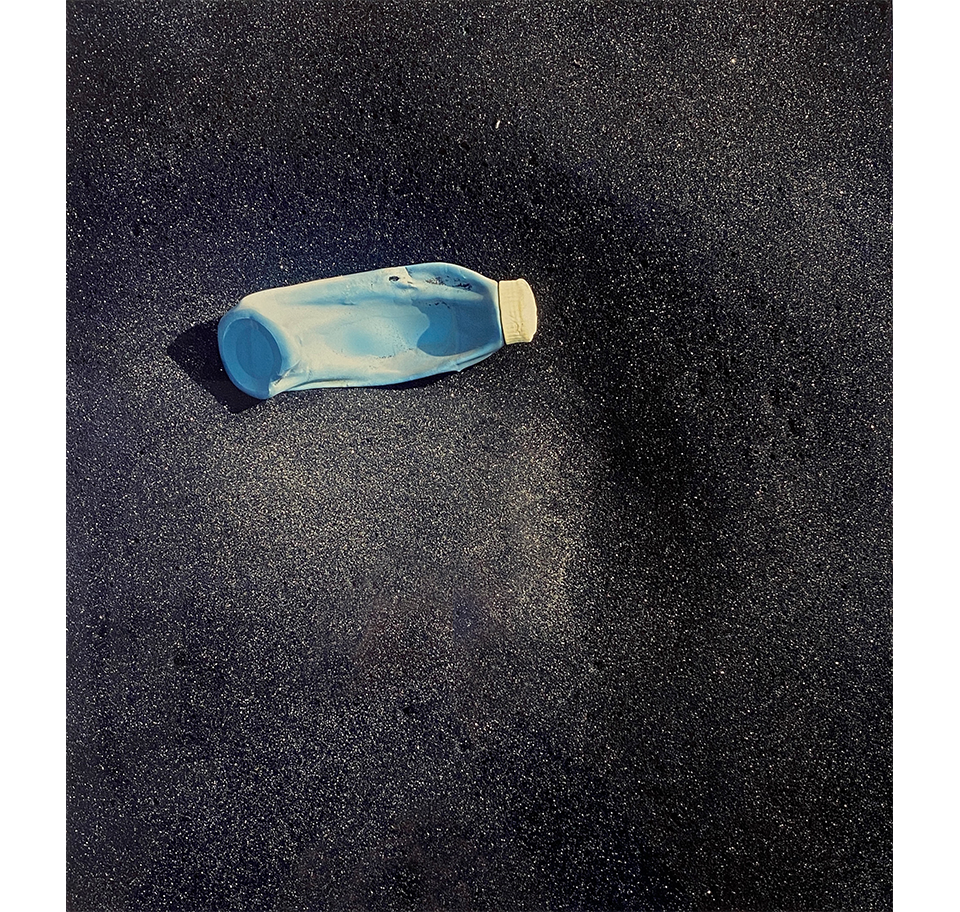 MISA SHIN GALLERY is pleased to announce Plastics, an exhibition of works by Tomatsu Shomei, running from Friday, February 28  to Saturday, April 18, 2020.

The Japanese islands are ringed by long coastlines. Much of my work is created on the boundary between land and sea. The interface, where the area exposed by the ebbing tide becomes the face of the land, is my Point Lobos.*—Tomatsu Shomei

Born in Nagoya in 1930, Tomatsu Shomei went on to become one of Japan’s best-known photographers, focusing his lens on the experience of postwar Japan. From the beginning of the 1960s, he directed his attention to some of the biggest social issues of his time, including the presence of American military bases and Nagasaki.

After spending time in Okinawa, beginning at the end of the 1960s when the islands were still occupied by the United States, Tomatsu switched from monochrome to color photography, starting partway through his photo collection The Pencil of the Sun (1975). The color photography did away with the shadow of America that had been a constant presence in his black-and-white photos and began to find new life in its subject, as if depicting the recovery of natural glory.

After having heart bypass surgery in 1986, Tomatsu left Tokyo and moved to Ichinomiya in Chiba Prefecture to convalesce. No longer able to easily carry around a heavy camera, Tomatsu began to photograph the plastic that washed ashore at nearby Kujukuri Beach—plastic bottles retaining vibrant color buffeted by the waves and gloves, plastic bags, and the detached arms of dolls buried in the sand. Photographed in the faint light of dusk and capturing this debris of postwar environmental pollution in an elaborate composition on top of sopping wet, wavy patterns of sand after the waves had receded, this body of work depicts garbage that seems to emanate the majesty of a still life upon which eternal life has been bestowed.

The compositions bring to mind those of his Asphalt series, in which nails and scraps of metal embedded in the road surfaces of rapidly-transforming 1960s Tokyo make the asphalt resemble the abyss of space. Both record the existence of phenomena derived from crossing and re-crossing interfaces such as those between land and sea, cities and civilizations, past and future, and natural and manmade objects.

This solo exhibition of Tomatsu Shomei’s work presents fourteen color photographs from his Plastics series that are rarely seen in Japan.

* Point Lobos on the California coast is a location at the edge of the continent that became a magnet for photographers after being discovered by masters of American photography Edward Weston and Wynn Bullock.—Ito Toshiharu

(1930-2012) Tomatsu was studying economics at Aichi University when he started taking photographs. After working at Iwanami Shashin Bunko (Iwanami Photograph Publicity), he began working as a freelance photographer in the 1950s. Major solo exhibitions include “Sakura and Plastics” at the Metropolitan Museum of Art (New York,1992) “Shomei Tomatsu: Skin of the Nation” at the San Francisco Museum of Modern Art (San Francisco, 2004), “Tokyo Mandala” at the Tokyo Metropolitan Museum of Photography (Tokyo, 2007), “The Chiseling of Time” at the Nagasaki Prefectural Art Museum (Nagasaki, Japan, 2010), “Tomatsu Shomei: Photographer” at the Nagoya City Art Museum (Nagoya, 2011), “Shomei Tomatsu: Island Life” at the Art Institute of Chicago (Chicago, 2013), “Shomei Tomatsu” at the Fundación MAPFRE Casa Garriga Nogués Exhibition Hall (Barcelona, 2018), and major group exhibitions include “Conflict, Time, Photography” at Tate Modern (London,2014), “For a New World to Come: Experiments in Japanese Art and Photography, 1968-1979” at The Museum of Fine Arts (Houston, 2015). Currently, you can see his works at “PROVOKE BETWEEN PROTEST AND PERFORMANCE – PHOTOGRAPHY IN JAPAN” in Albertina (Vienna,2016). This June, a two-person show with Daido Moriyama will be held at the European Museum of Photography in Paris.