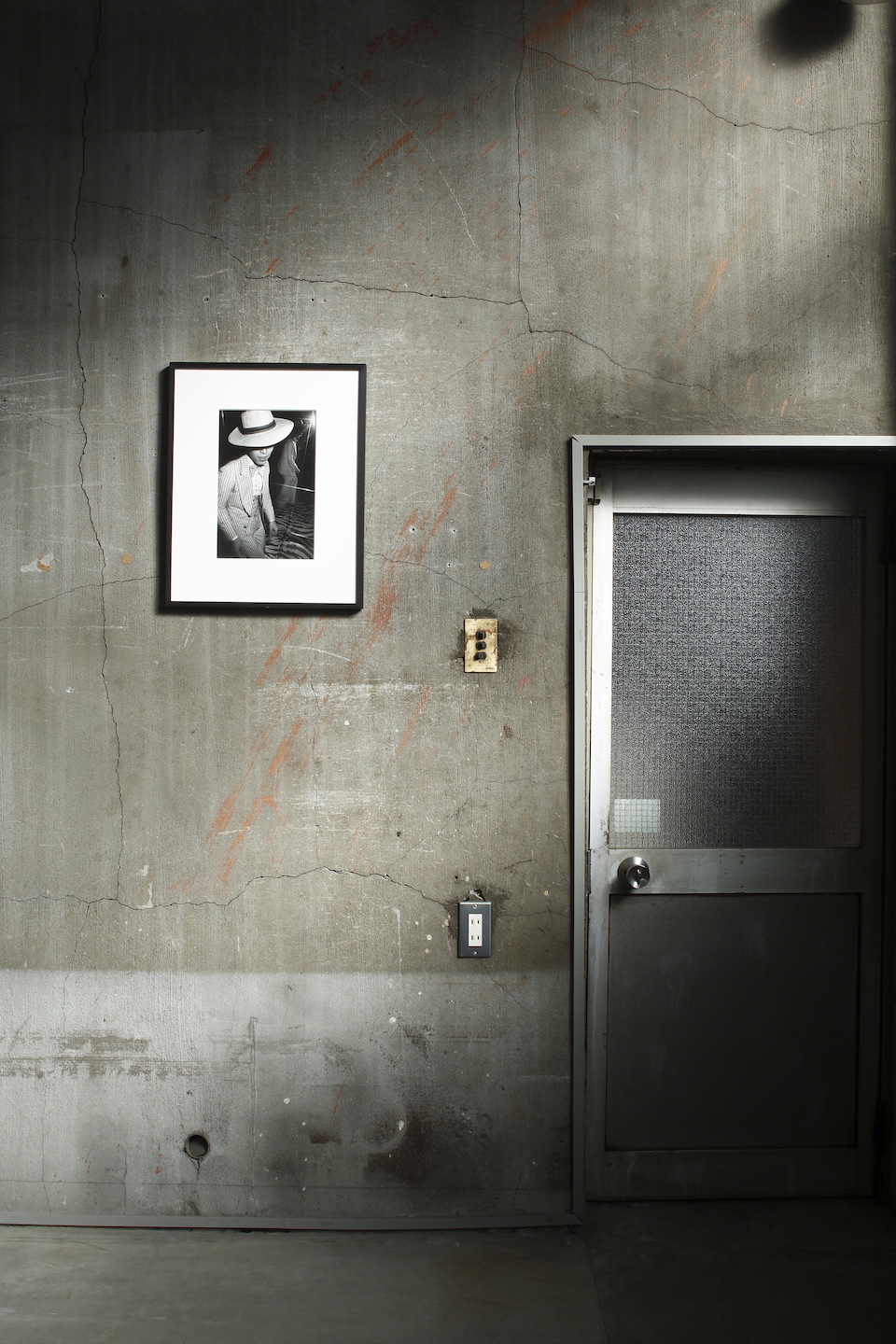 MISA SHIN GALLERY presents the exhibition ‘Chewing Gum and Chocolate’ by Tomatsu Shomei, one of Japan’s leading photographers of the post-war generation.

If asked what the defining feature of Japanese post-war society was, I would have no hesitation in answering ‘Americanization’. I personally have the sense that this Americanization began from the US military bases. It was as if America seeped through the gaps in the wire fences surrounding the bases and, in time, soaked the entire country.

After his photograph ‘Base at Yokosuka’ appeared in the photography magazine Asahi Camera in 1959, Tomatsu began travelling with camera in hand to cities around Japan where US military bases were found: Chitose, Misawa, Iwakuni, Sasebo, and so on. Be it American soldiers strolling round town, signs written in dense English, or shops, bars and restaurants for army personnel, Tomatsu’s photographs deftly captured the parallel culture that was infiltrating its way into everyday Japanese life, and took on immediate cultural relevance. His 1960 series of photographs, comprised of striking images incorporating montage techniques and coarse-grained and blurred effects, was captioned “This bizarre fruit we have been suddenly given, I call ‘occupation.’”

Tomatsu made his first trip to Okinawa in 1969, as the final destination in his national tour of the US military bases. Employing graphic text for dramatic effect, the artist superimposed his photograph of a missile launch from this visit with the heart-wrenching line, “It’s not a US military base in Okinawa; it’s Okinawa in a US military base.” Tomatsu subsequently returned on frequent occasions to Okinawa, capturing the post-war period in a territory forced to come to terms with the diabolical senselessness of having an US military base at its heart, and all the tumult the region passed through before its reversion to Japan.

If the American Occupation meant Japan finding itself examined through the eyes of the stationed troops, it also meant the nation’s gradual Americanization. Tomatsu’s collection ‘Chewing Gum and Chocolate’, taken over a period of twenty years travelling around US military base towns, is a look at this two-sided reality, much like two mirrors set up facing one another. These images not only provide a depiction of the foreign culture that came into Japan after the war, but like a Coca-Cola sign which leaves its mark even after the paint has peeled off, it also symbolizes the Japanese post-war philosophy which still endures to this day.

This exhibition comprises seventeen black and white photographs taken by Tomatsu between 1958 and 1980 around US military bases across Japan.

Tomatsu Shomei
(1930-2012) Tomatsu was studying economics at Aichi University when he started taking photographs. After working at Iwanami Shashin Bunko (Iwanami Photograph Publicity), he began working as a freelance photographer in the 1950s. Recent major exhibitions include “Shomei Tomatsu: Skin of the Nation” at the San Francisco Museum of Modern Art (San Francisco, 2004), “Tokyo Mandala” at the Tokyo Metropolitan Museum of Photography (Tokyo, 2007), “The Chiseling of Time” at the Nagasaki Prefectural Art Museum (Nagasaki, Japan, 2010), “Tomatsu Shomei: Photographer” at the Nagoya City Art Museum (Nagoya, 2011), and “Shomei Tomatsu: Island Life” at the Art Institute of Chicago (Chicago, 2013).