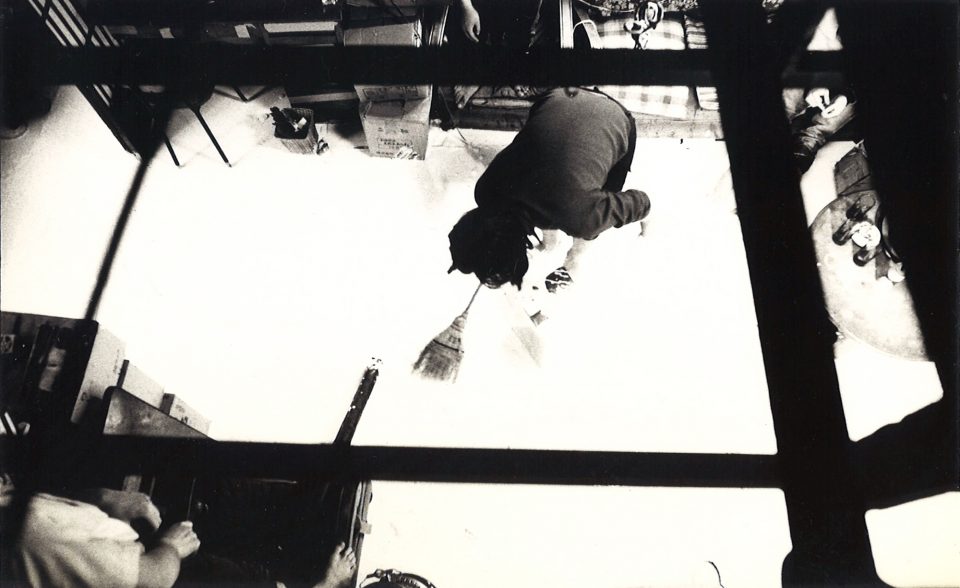 Hikosaka Naoyoshi, Floor Event No.4 combination with Ceiling Music No.1,1972, Performance at Hikosaka residence in Tokyo 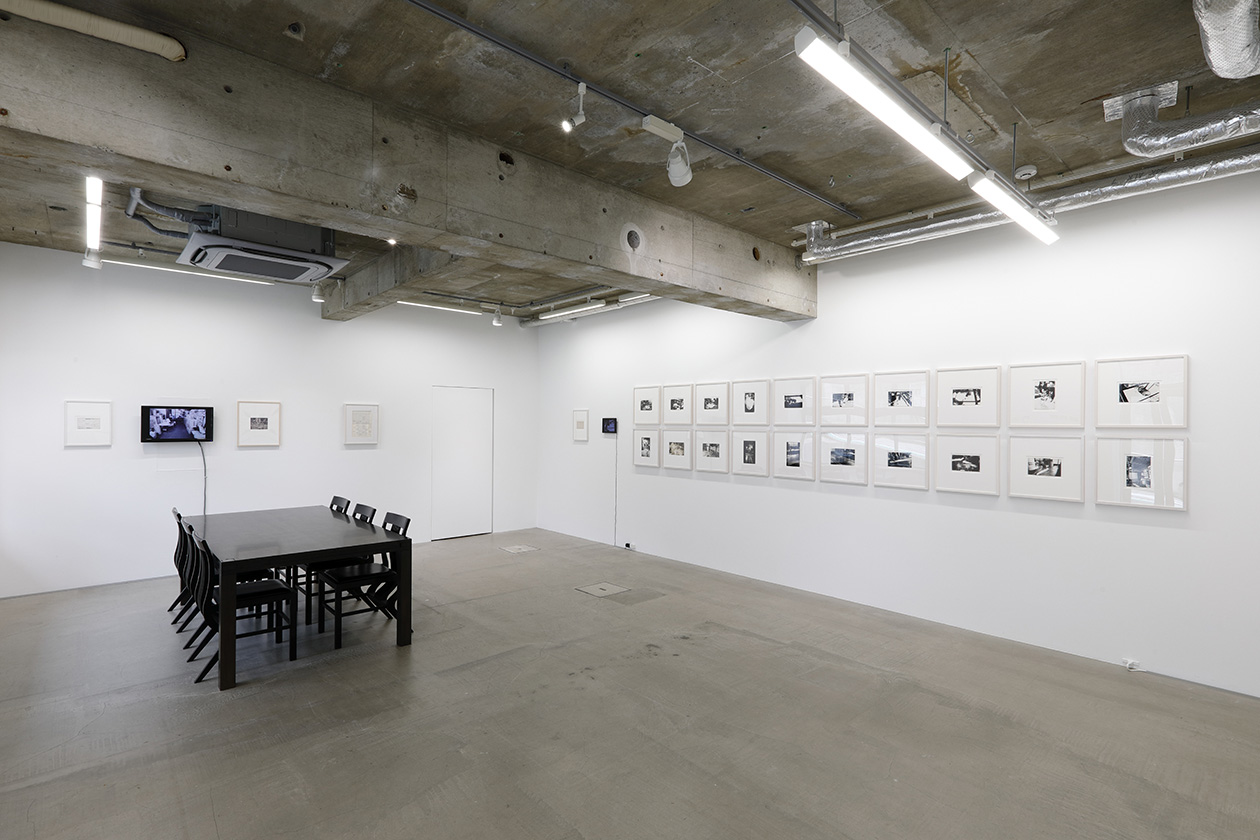 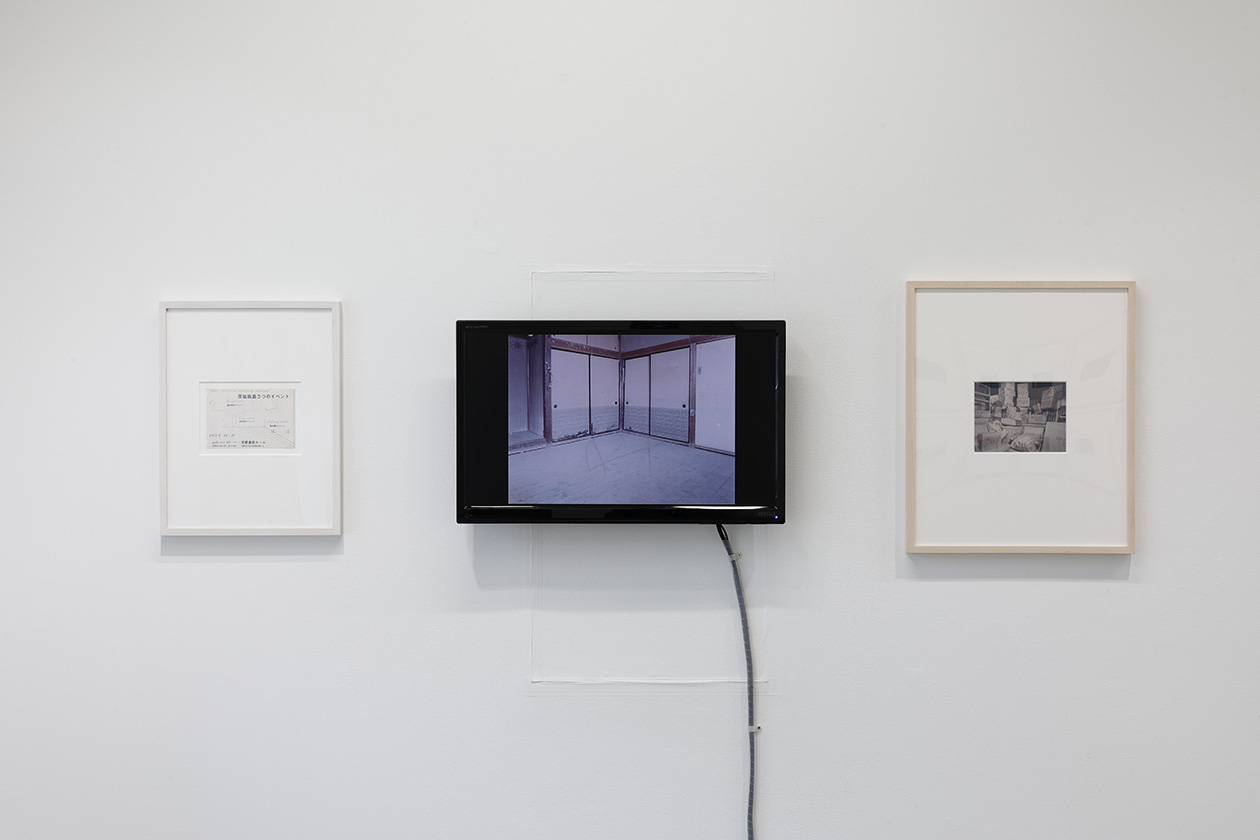 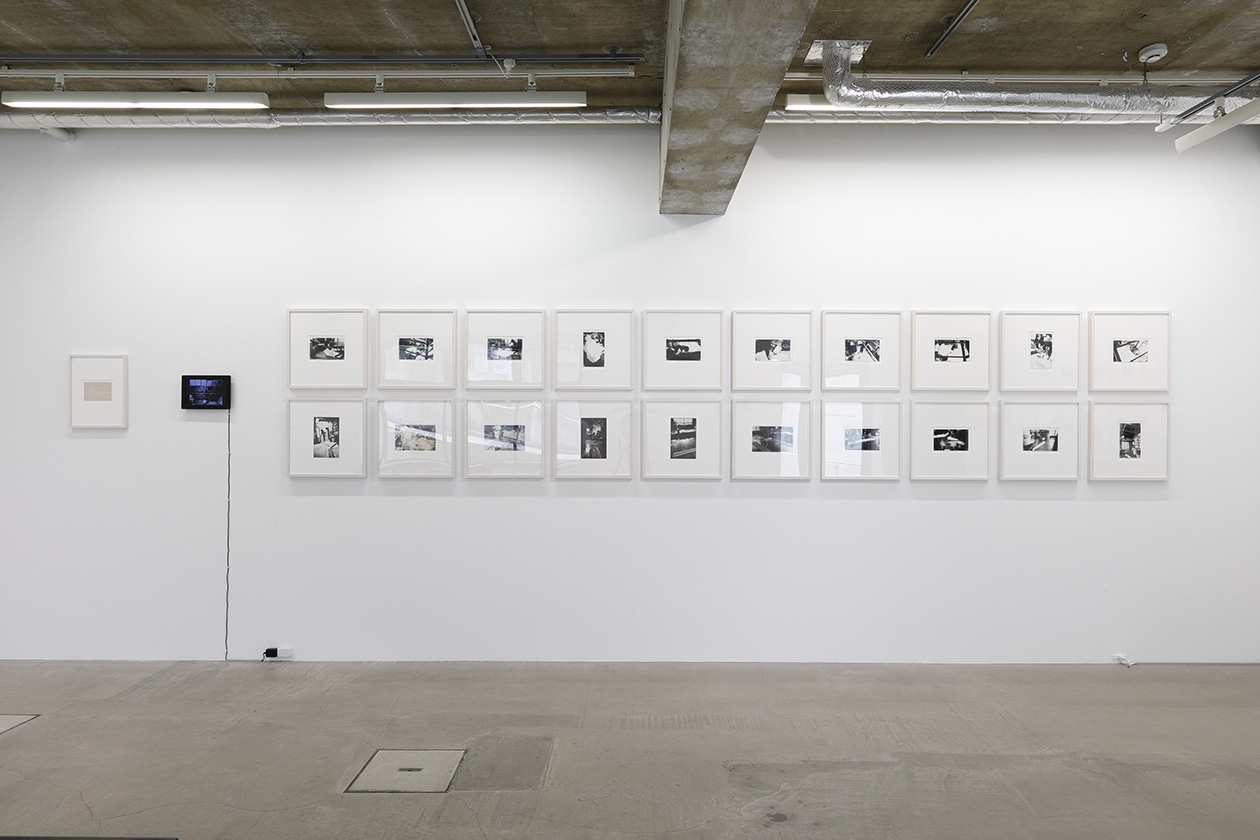 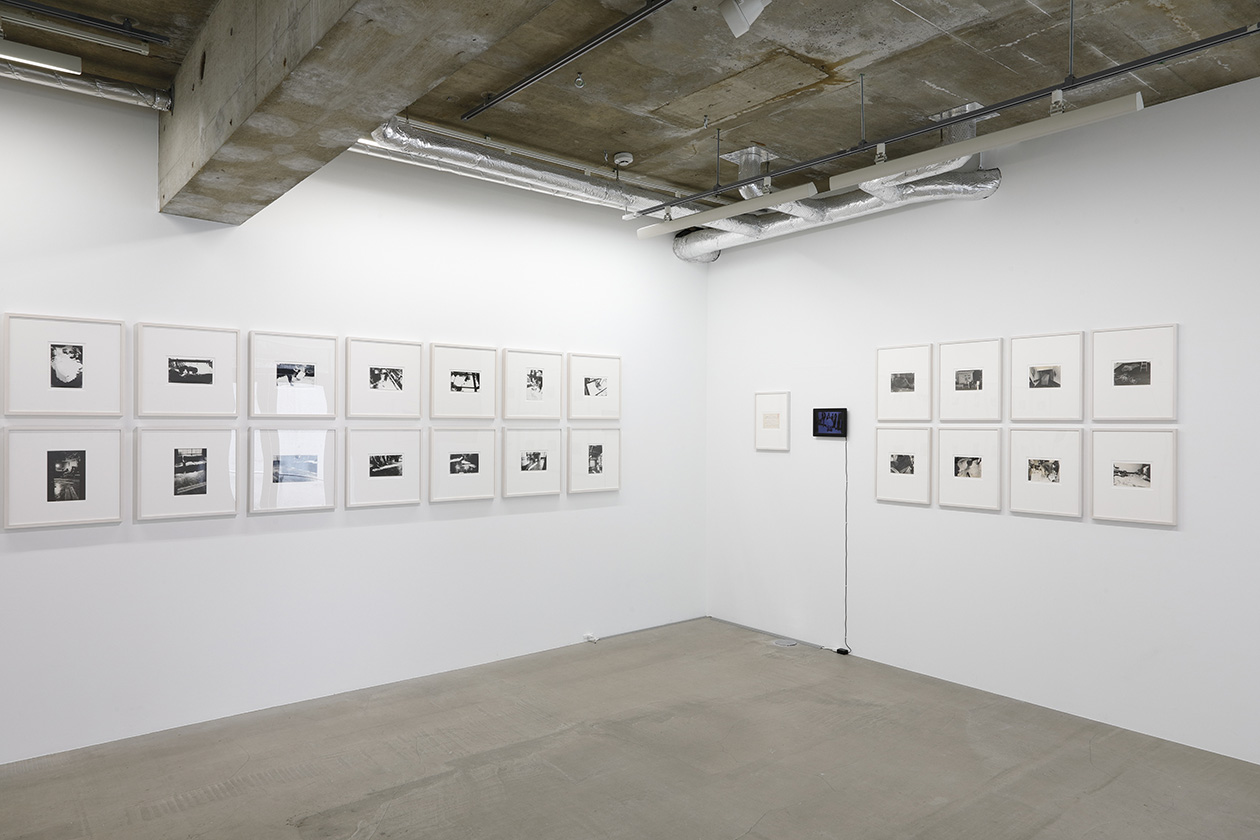 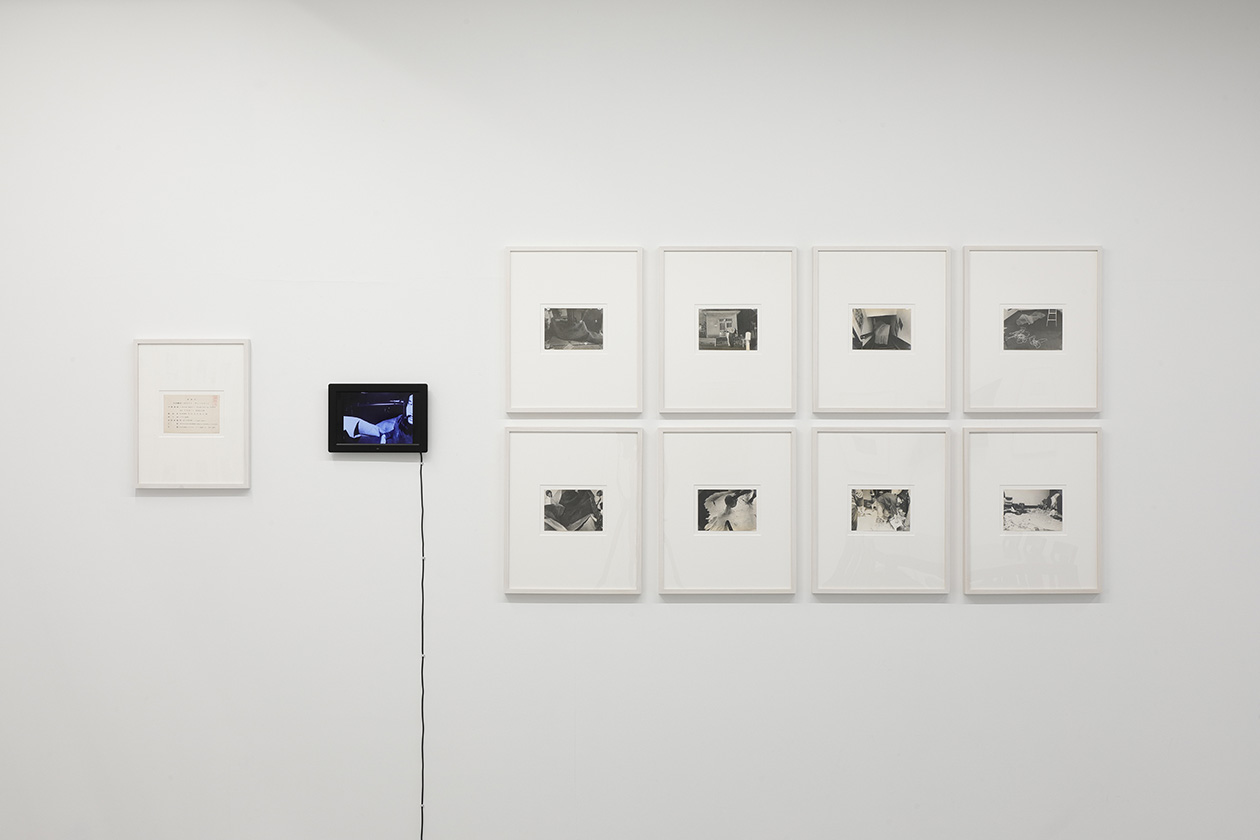 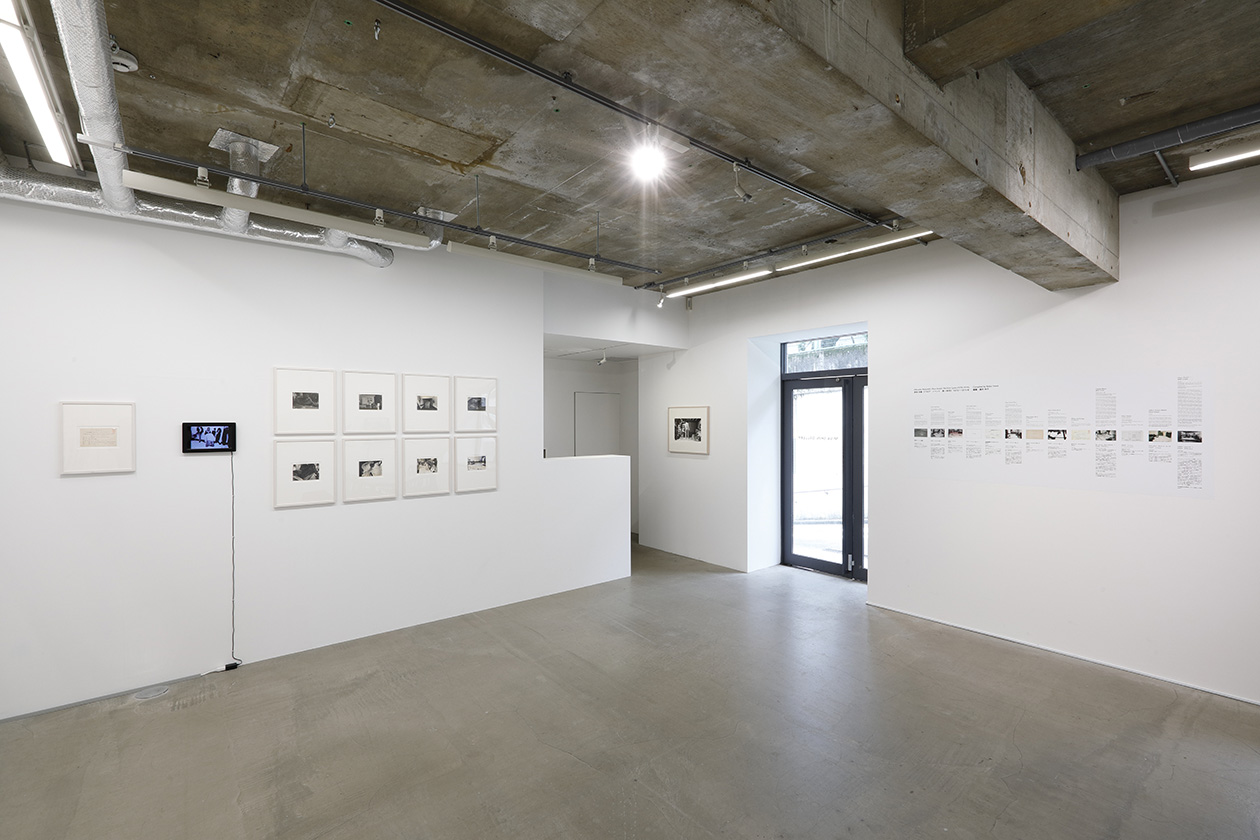 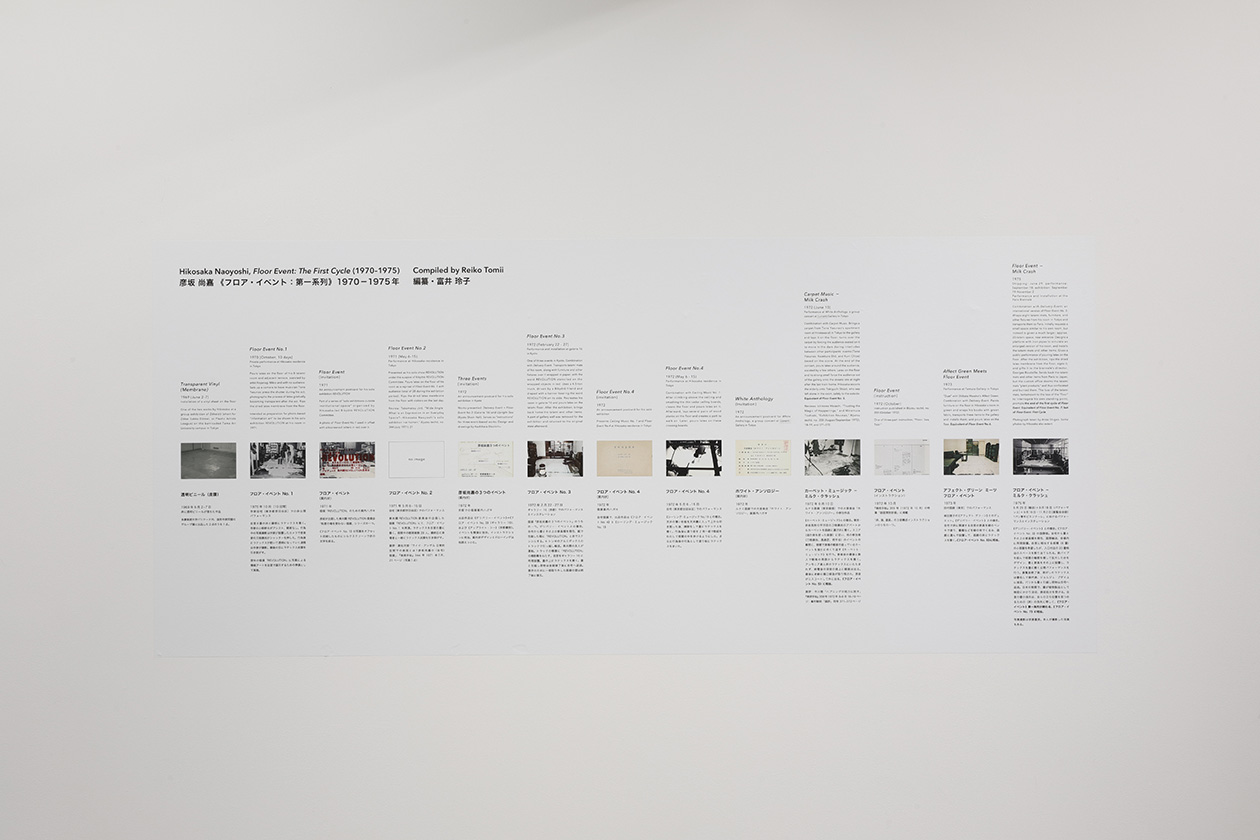 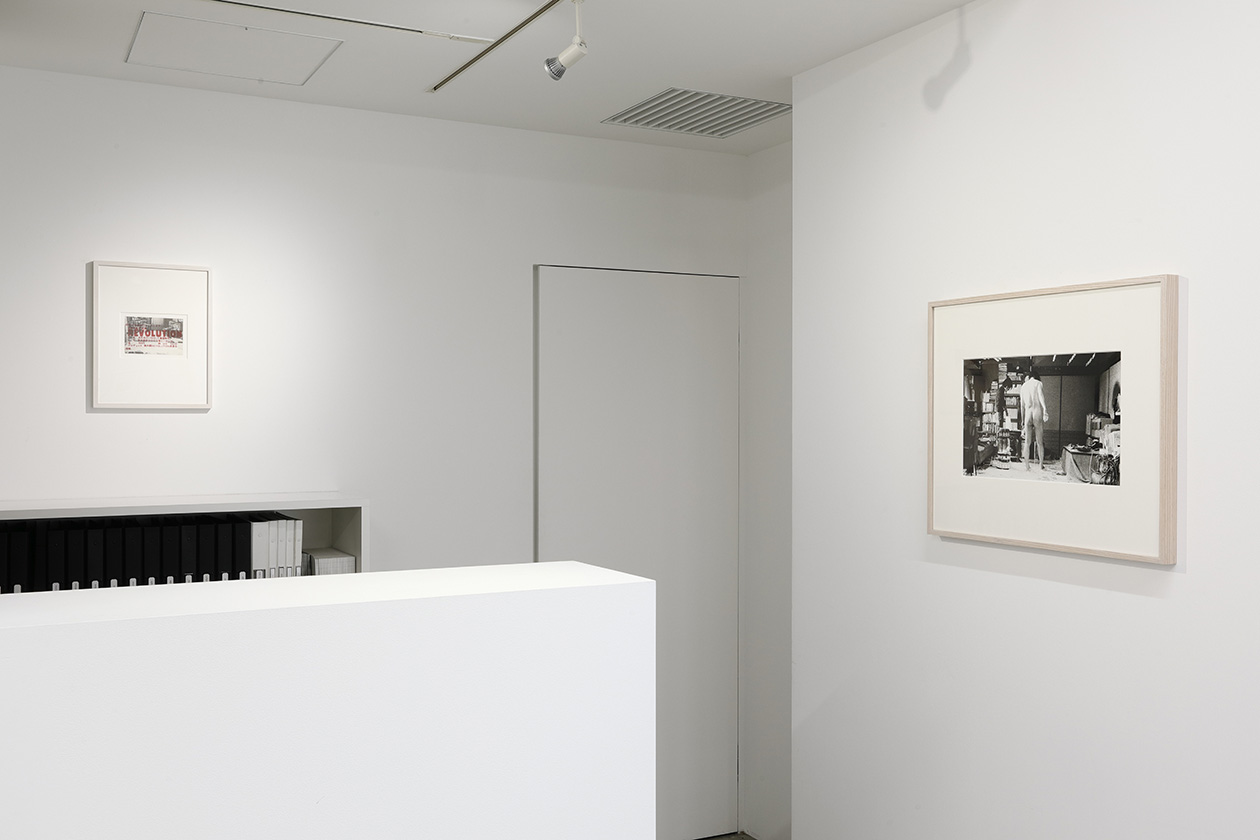 Born in Tokyo in 1946, Hikosaka Naoyoshi began his Floor Event series, in which he poured latex over the floor as its “theme.” His act of pouring latex was sometimes combined with other elements and events, such as Delivery Event, where Hikosaka transported the tatami mats and furniture with all the fixtures from his room to exhibition sites, as well as Ceiling Music and Carpet Music. He also produced some works on paper, including invitations and instructions. These activities continued until 1975, when his participation in the Paris Biennale with Floor Event–Milk Crash ( equivalent of Floor Event No. 7 ) ended with the confiscation and incineration of his tatami mats by the Japanese customs department when they were sent back home. This marked the end of Floor Event: The First Cycle .

In 1970 and 1971, Floor Event No. 1 and No.2 were presented at Hikosaka’s room in his family residence. In February 1972, he created a variation by packing up his tatami mats and everything in this room and transporting them to galerie 16 in Kyoto as Floor Event No.3. The word REVOLUTION was prominently marked on the paper-wrapped objects in red letters and a banner attached to the side of a 4.5-ton truck, with which he moved his “room” 500km from Tokyo to Kyoto. At the gallery, he removed one wall to install his “room” there and poured latex over the floor, letting the latex dry and exhibiting the whole process to the public. To conclude the exhibition, he ripped the dried membrane of latex from the floor, restored the gallery wall to its original state, re-wrapped his “room,” and brought it back to Tokyo. 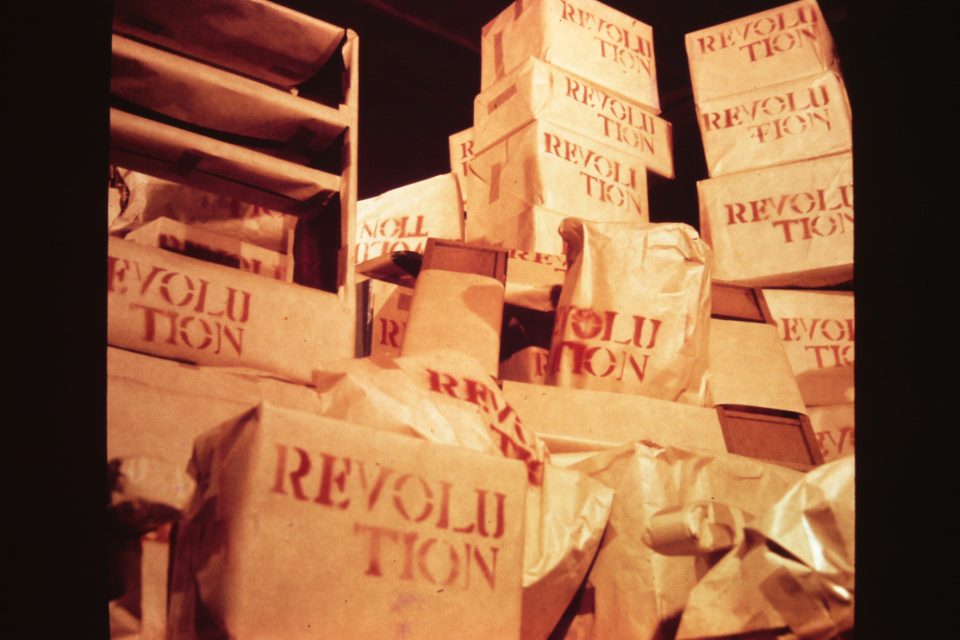 In May 1972, Hikosaka once again chose his own room in Tokyo as the venue for his next exhibition, Ceiling Music No.1 + Floor Event No. 4. Without telling his parents, he performed a guerrilla act, climbing above the ceiling of his room and smashing the cedar ceiling panels ceiling. He then cleaned the floor by removing the scattered wood fragments, and poured latex over the tatami mats. After this act, he laid several pairs of wood planks on the floor, creating a path to walk on the drying latex 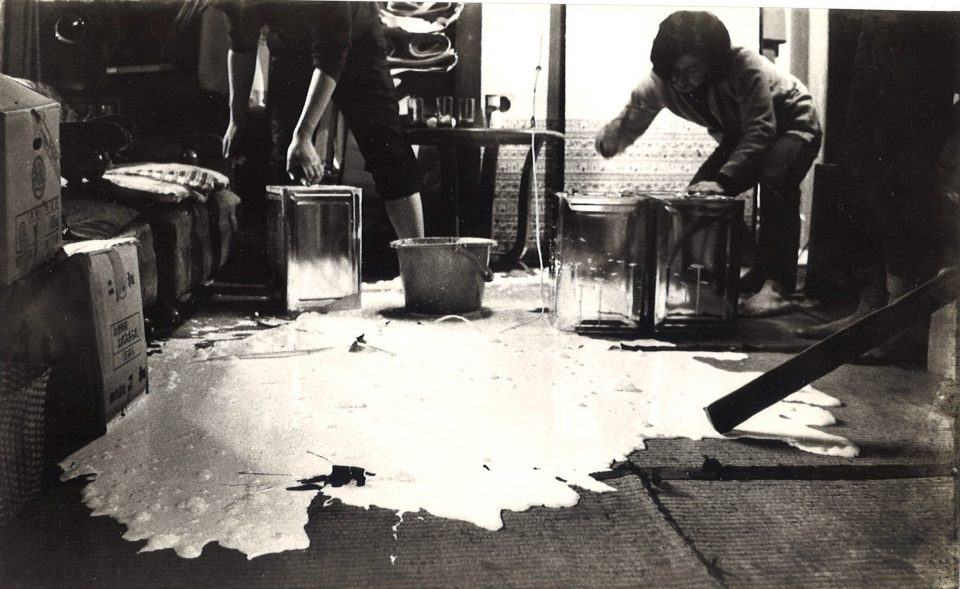 Hikosaka Naoyoshi, Floor Event No.4 combination with Ceiling Music No.1,1972, Performance at Hikosaka residence in Tokyo

In June of the same year, he participated in White Anthology, a group concert at Gallery Lunami  in Ginza, Tokyo, presenting Carpet Music – Milk Crash. For this work, he brought a carpet from Tone Yasunao’s apartment in Akasaka Mitsuke and laid it on the gallery floor. During intermissions between performances by other artists in the program, with members of the audience seated on the carpet in the dark, Hikosaka forcibly pulled up the carpet and turned it over. At the end of the concert, late at night, he began to pour latex on the floor around the audience members who were still there. Confused and angry, they ran out into the streets to escape the stinging smell of ammonia. 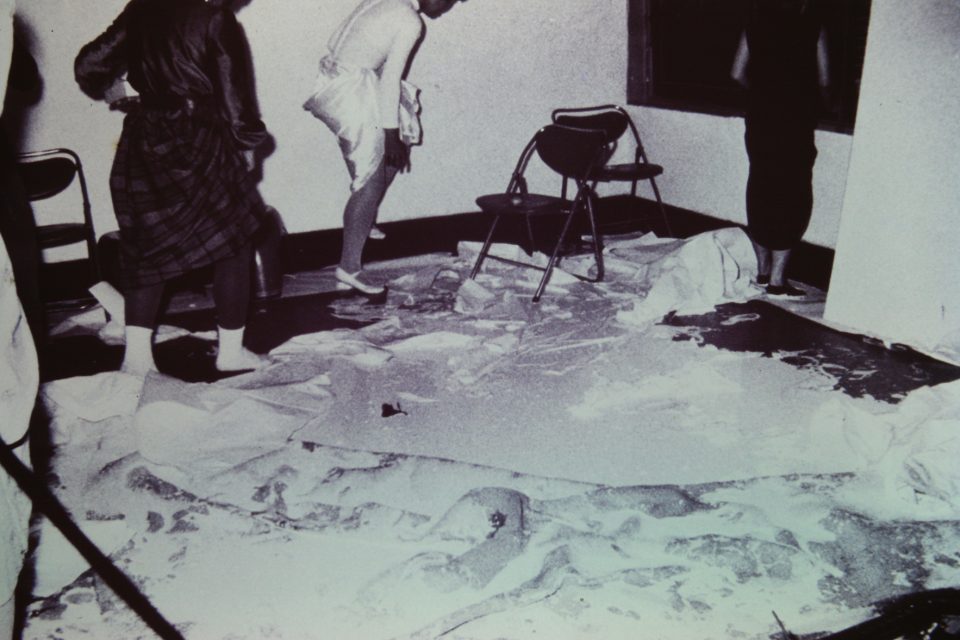 Although works like these are generally categorized as “performance art,” Hikosaka used his Floor Event series as part of his experiment for creating a photo-based “information art,” using photography as an essential element to capture time. Given the technology available at that time, what he could manage to achieve was slide shows to present his acts and the transformation of the latex in time.

The current exhibition at Misa Shin Gallery examines Hikosaka’s Floor Event series from 1970 to 1975, focusing on three works ( Nos.3–5 ). It consists of vintage documentary photographs, slide shows, and original invitations, and other materials. As part of the exhibition, a chronology of Floor Event: The First Cycle will be presented, compiled by Dr. Reiko Tomii, a New York-based art historian. The exhibition poses questions about what events and photography meant to Hikosaka, how they related to such concepts as instruction, practice, information, performance, and installation, all of which have been a driving force behind global conceptualism from the 1970s onward, and the place of his Floor Event series in that development.

Born in Tokyo in 1946. Hikosaka was one of the leading artists in the movement against the institutional framework of art in the 1970s, playing a significant role in conceptual art in Japan. Entered Tama Art University, Tokyo in 1967, founded Bikyōtō (Artists Joint-Struggle Council) together with his fellow students including Kosai Hori in 1969. Major exhibitions include “Global Conceptualism: Points of Origin, 1950s-1980s” at the Queens Museum of Art (New York, 1999) and three other venues in the USA, “CENTURY CITY” at Tate Modern (London, 2001), “Art, Anti-Art, Non-Art: Experimentations in the Public Sphere in Postwar Japan, 1950-1970” at the Getty Center, Research Institute Exhibition Gallery (Los Angeles, 2007), “Aichi Triennale” at Aichi Prefectural Museum of Art (Aichi, 2013), “Re:play 1972/2015 Restaging <Expression in Film ‘72> “ at the National Museum of Modern Art Tokyo (Tokyo, 2015).