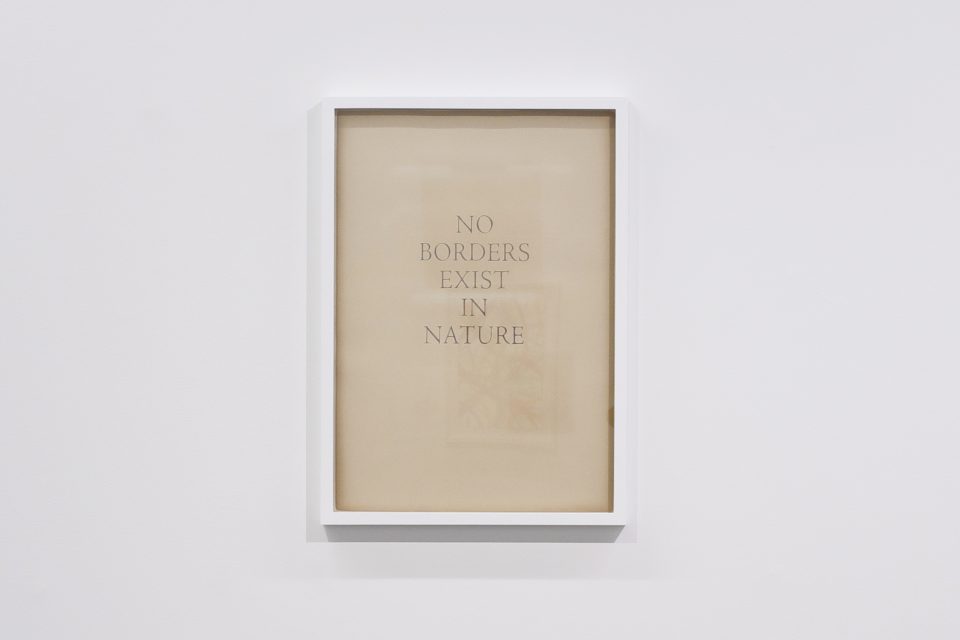 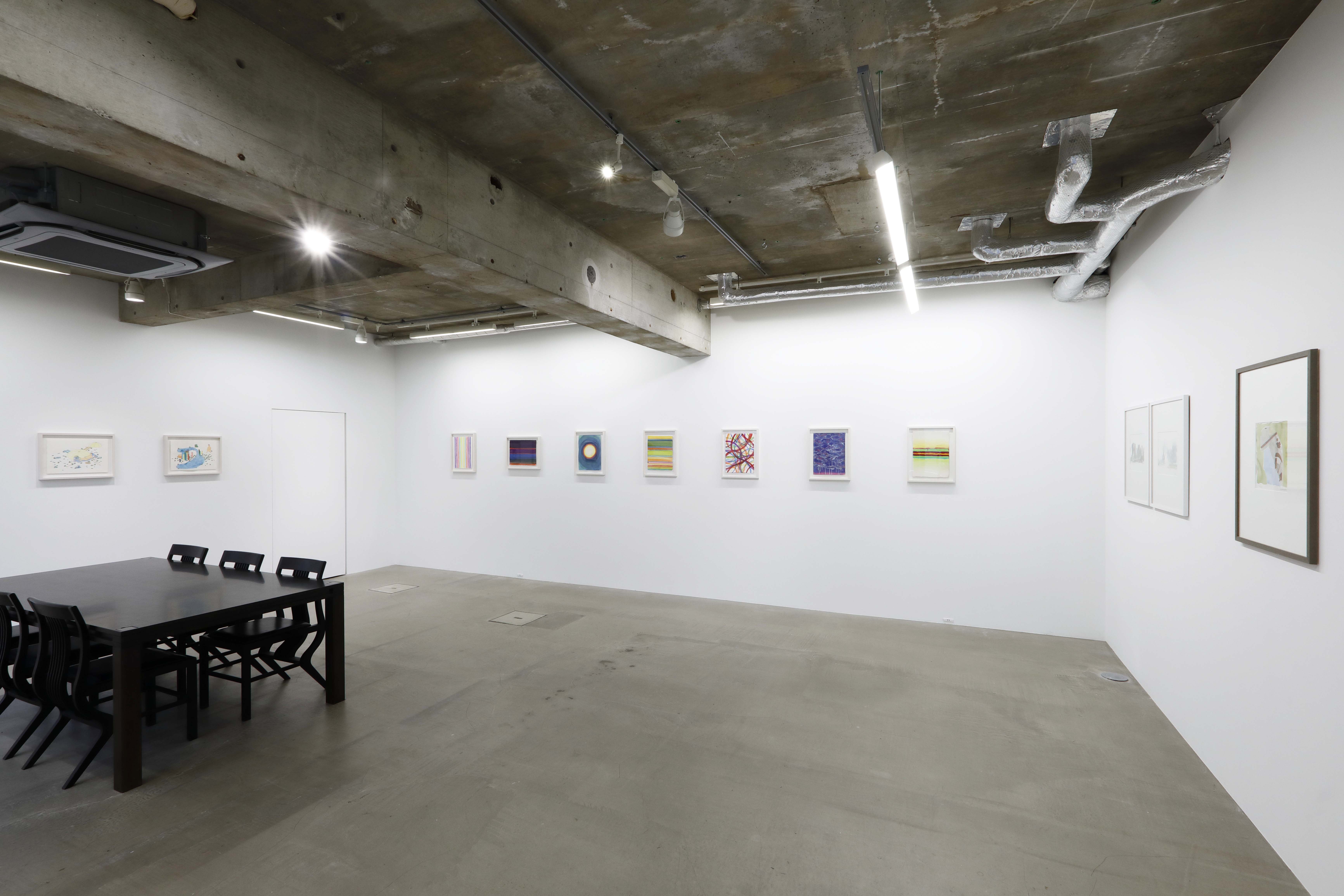 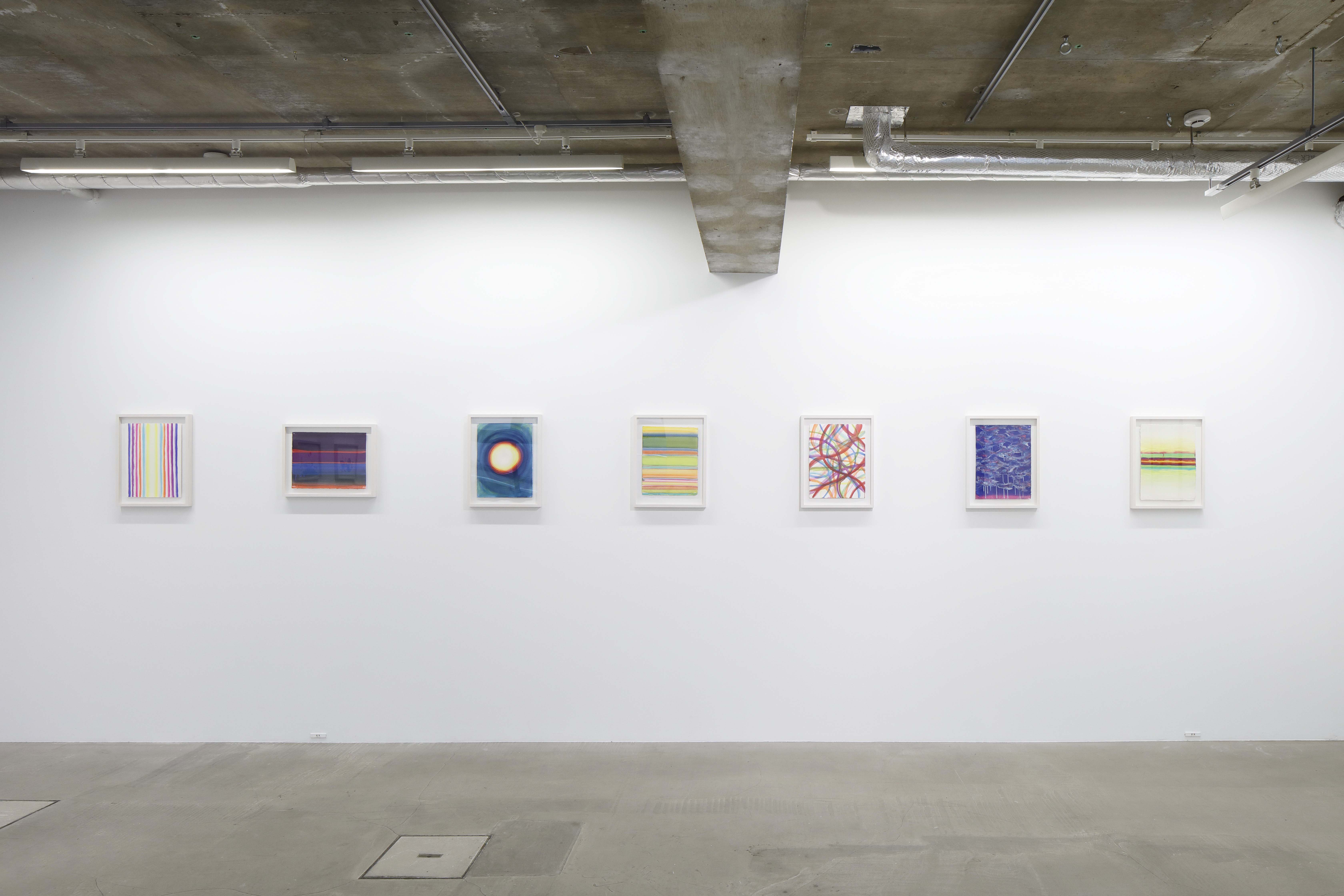 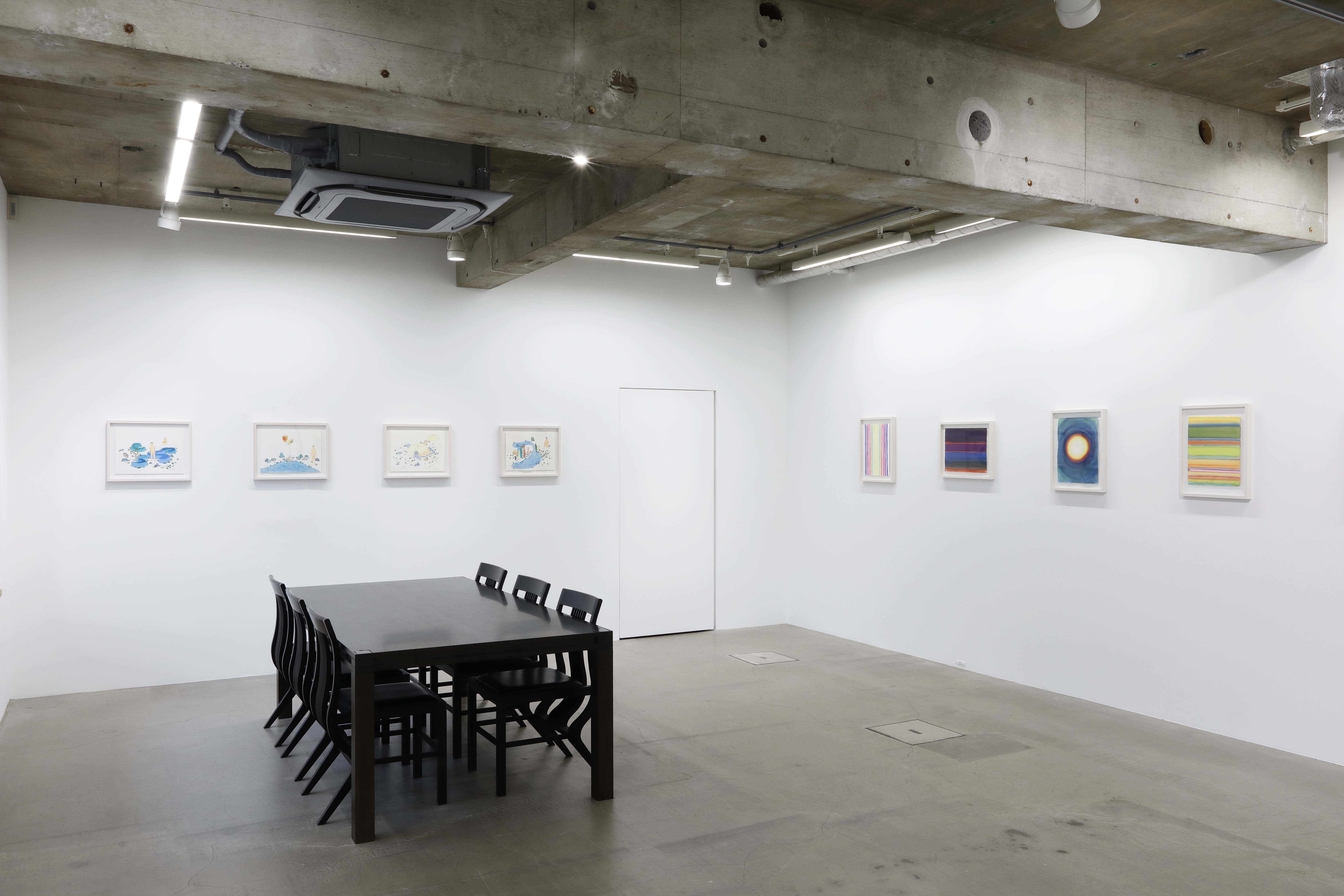 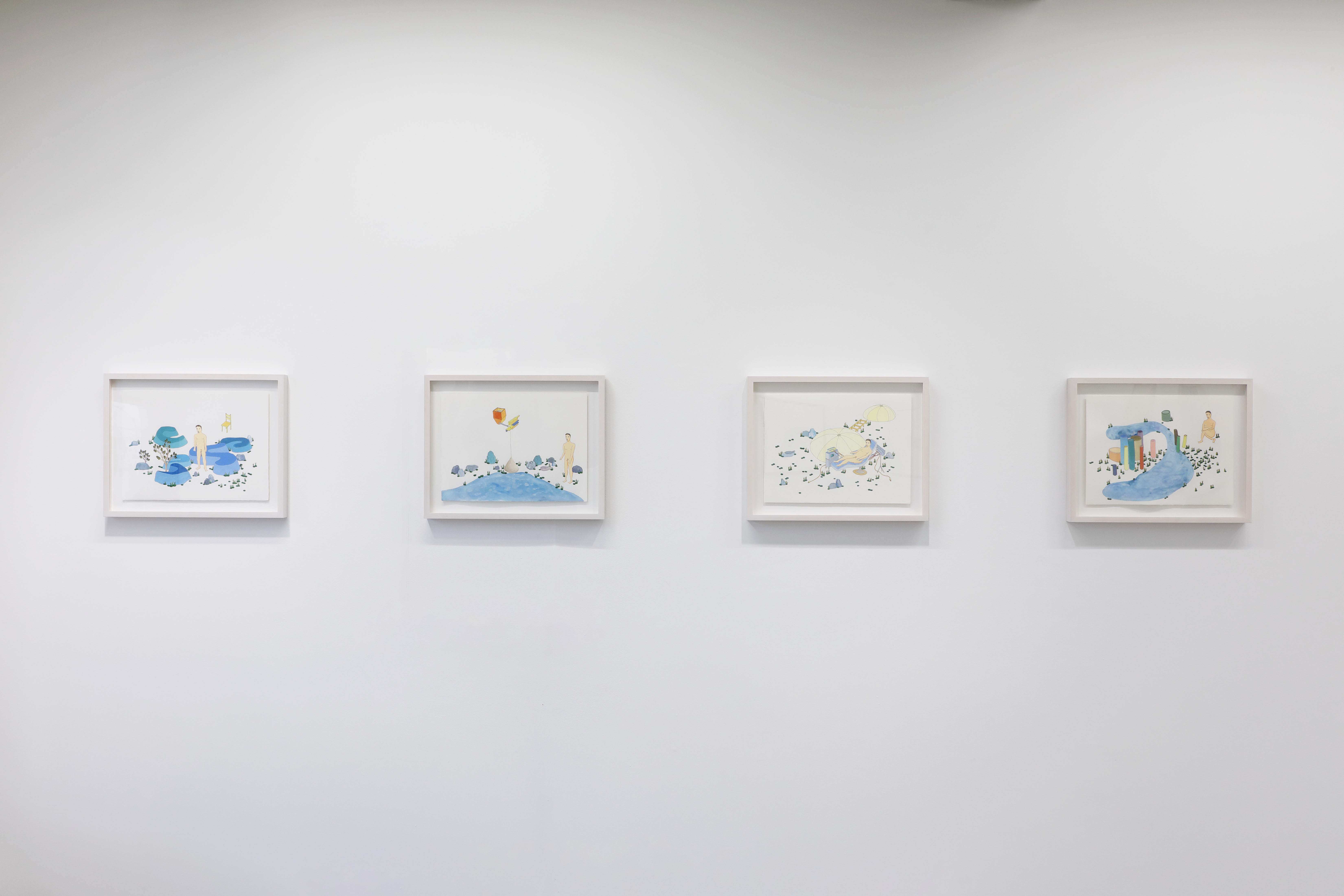 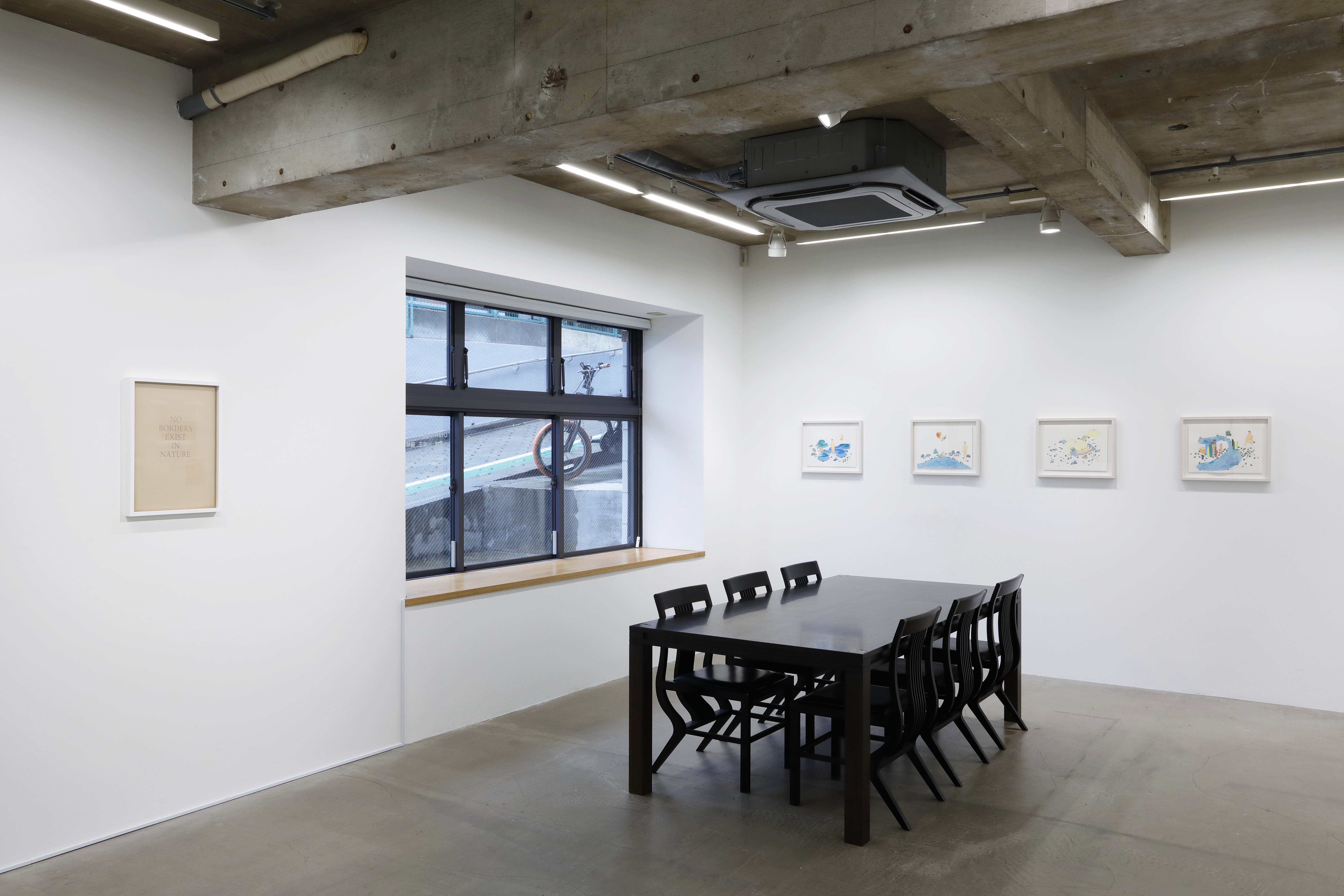 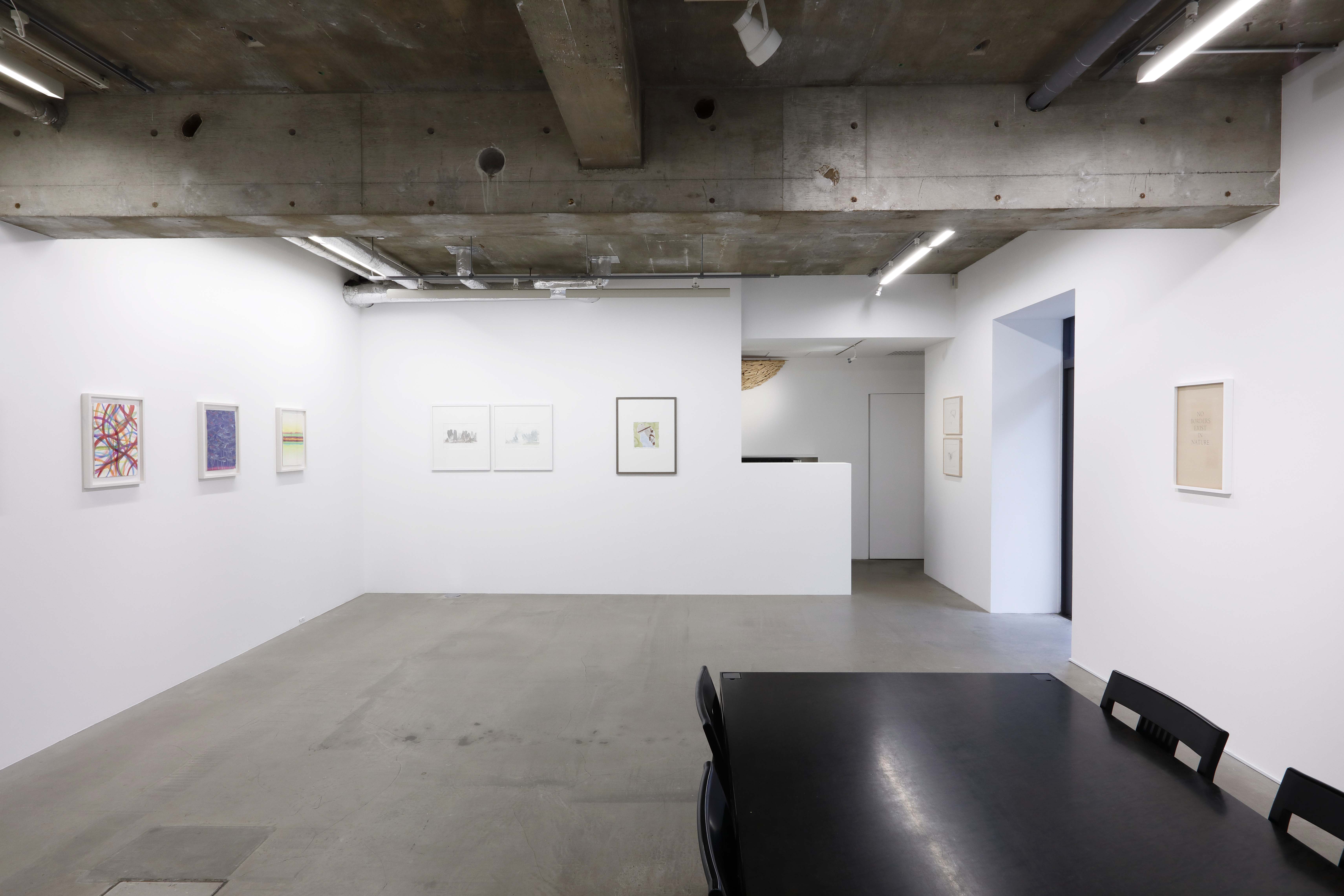 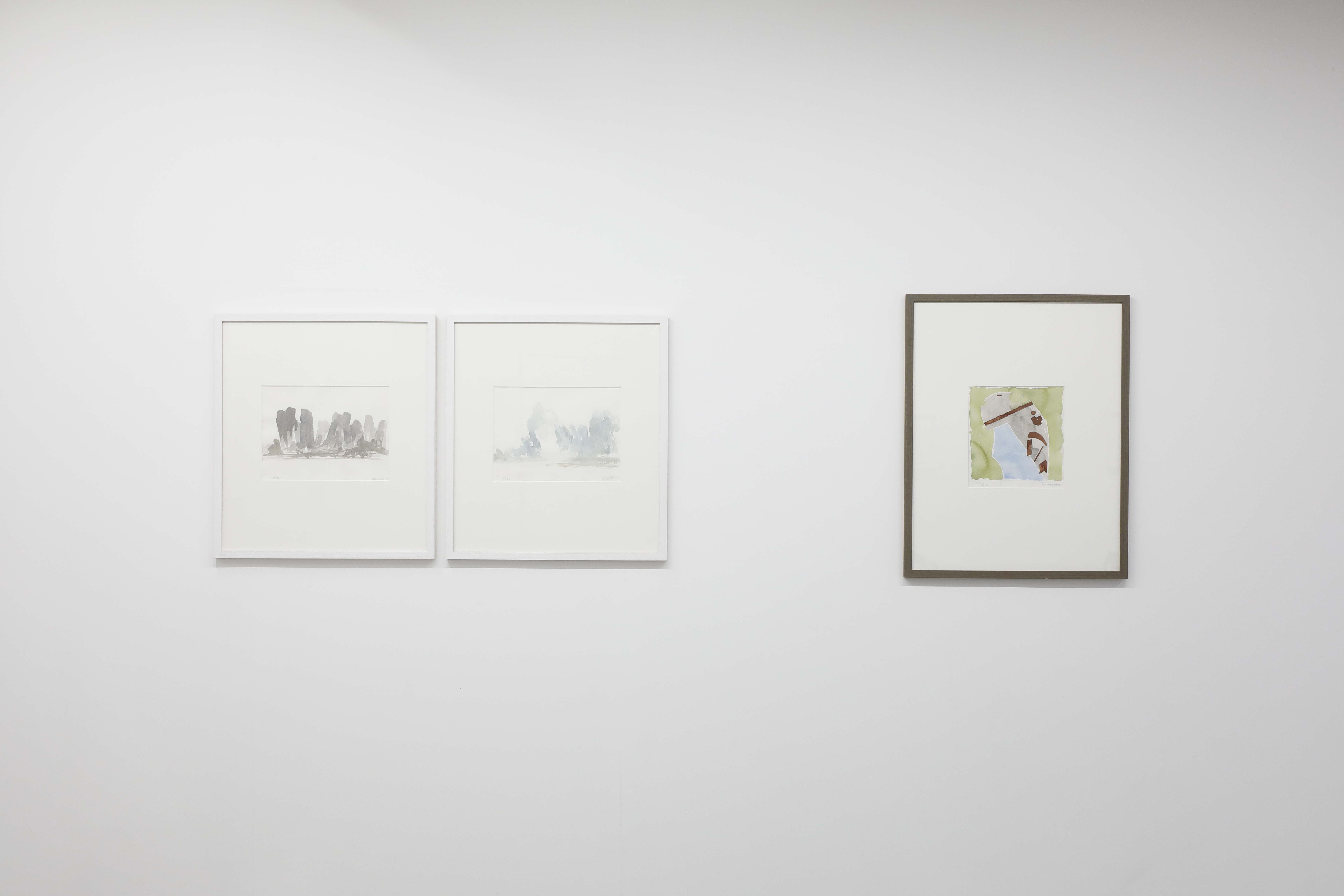 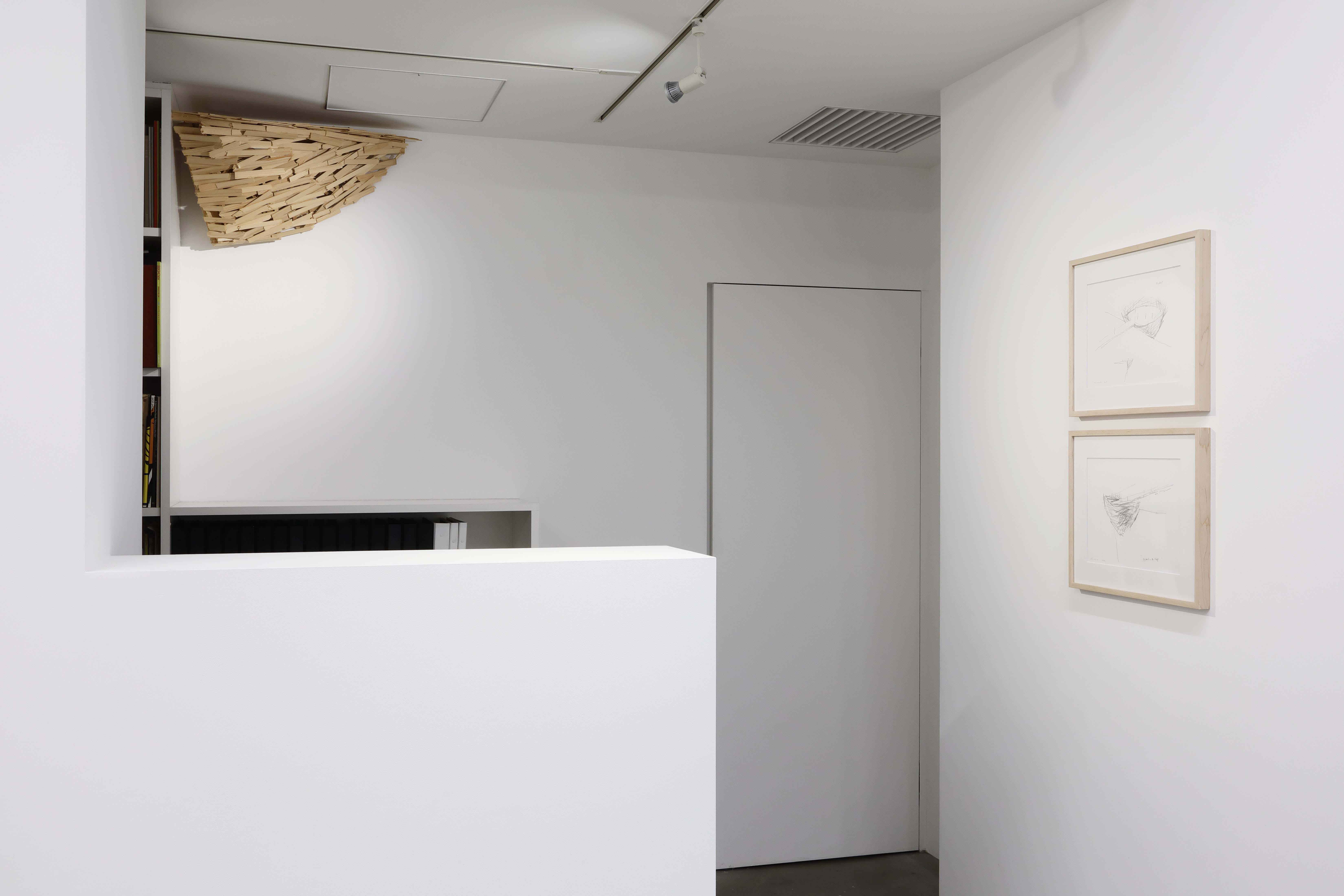 MISA SHIN GALLERY is pleased to announce “Drawings”, a group exhibition of drawing works by five of the gallery’s artists, from Friday, September 25 through Saturday, November 7.

Jae-eun Choi’s new drawing No Borders Exist in Nature is a poem rendered in graphite on pages from old illustrated books with edges bleached over time by exposure to light. The paper, marked by layers of time, carries words that that lie at the foundation of Choi’s work, conveying thoughts about nature and our coexistence with nature as well as introspection about anthropocentrism.

The exhibition also presents Big Nest drawings and maquettes by Kawamata Tadashi, who participates in Dreaming of Earth—a project envisioned by Choi as a means of protecting the rich ecosystem in the demilitarized zone separating the Korean peninsula from North to South and of exploring coexistence between nature and humanity. Kawamata conceived of the idea of building a large bird’s nest on a cliff in the DMZ. It provides a safe place to rest for birds, and also for other animals and people, as well as forming a community consisting of people gathering at this stopping point on their travels.

For architect Isozaki Arata, a drawing, whether it is a sketch of an idea for architecture or a record of his travels, is the initial product of his thought processes. Nanjing Urban Planning is an architectural curation project in which several architects and artists appointed by Isozaki designed the individual architecture of the city, reflecting his unique approach of freeing architecture and cities from their conventional frameworks, and instead interpreting them in the context of art. The show also presents a watercolor of rugged karst hills that bring to mind the skyscrapers of Manhattan, which the architect painted on a boat on his first trip to Guilin, China in 1997.

Shingo Francis is an artist who lives and works in Los Angeles and Yokohama. Unable to travel between the cities during the COVID-19 pandemic, Francis began work on a new series called Daily Drawing, in which he produces one picture a day at his Los Angeles studio. In this series, the artist expresses his response to the global pandemic through the physical act of drawing by setting himself the task of creating a picture every day without fail, much like an act of meditation.

Shinoda Taro is mainly known as a creator of sculpture, videos, and installations, but he has also produced watercolors since the beginning of his career. The works feature plans and ideas for art projects, fragments of the artist’s memories, things that captured his curiosity, together with a naked man who could be the artist himself. Drawings produced with fresh colors and delicate lines under the constraints of life during the pandemic present a range of questions as a response to an uncertain future.

The act of drawing serves a range of purposes depending on the artist. A drawing can be a record of ideas, the starting point for a concept, a return to the origins of an artwork, or, sometimes, a way of looking in the mirror and exploring what is important with humility. “Drawings” at MISA SHIN GALLERY exemplifies this range through the works of these five artists.

Jae-eun Choi
Born in Seoul in 1953. In 1976, she moved to Tokyo where she studied ikebana in the Sogetsu style. From the 1980s onward, she has been producing artwork around the themes of life cycles and time. She has participated in a number of international art exhibitions such as the 1991 São Paolo Biennal, the 46th Venice Biennale in 1995 where she represented Japan, and the 2016 Venice Biennale of Architecture. From April 2019, Choi’s Dreaming of Earth Project is currently ongoing in the DMZ between North and South Korea.

Kawamata Tadashi
Born in 1953, Kawamata achieved international recognition with his participation in the Venice Biennale in 1982 and has since held exhibitions at Documenta and La Biennale de Lyon, to name a few. Kawamata currently is a professor at the École des Beaux-Arts in Paris. His works today range from architecture and city planning, to historiography and sociology, to daily communications, to medicine.

Isozaki Arata
Born in Oita, Japan in 1931. Graduated from Architectural Faculty of University of Tokyo in 1954. Established Arata Isozaki & Associates in 1963. As a leading international figure in architecture, Isozaki has designed numerous works such as the Museum of Modern Art, Gunma, the Museum of Contemporary Art in Los Angeles, and Palau Sant Jordi; Barcelona Summer Olympic Games Stadium. He is known not only in architecture but also in activities that cross the field such as theater, music, criticism and philosophy.

Shingo Francis
Born in 1969 in Santa Monica, California. Lives and works in Los Angeles and Yokohama. Francis continues to explore the expanse of space and spirituality in painting, and has participated in numerous solo and group exhibitions both nationally and internationally, including Kawamura Memorial DIC Museum of Art (Chiba, 2012), Ichihara Lakeside Museum (Chiba, 2017), Sezon Museum of Modern Art (Karuizawa, 2018), and the Martin Museum of Art (Waco, Texas, 2019). 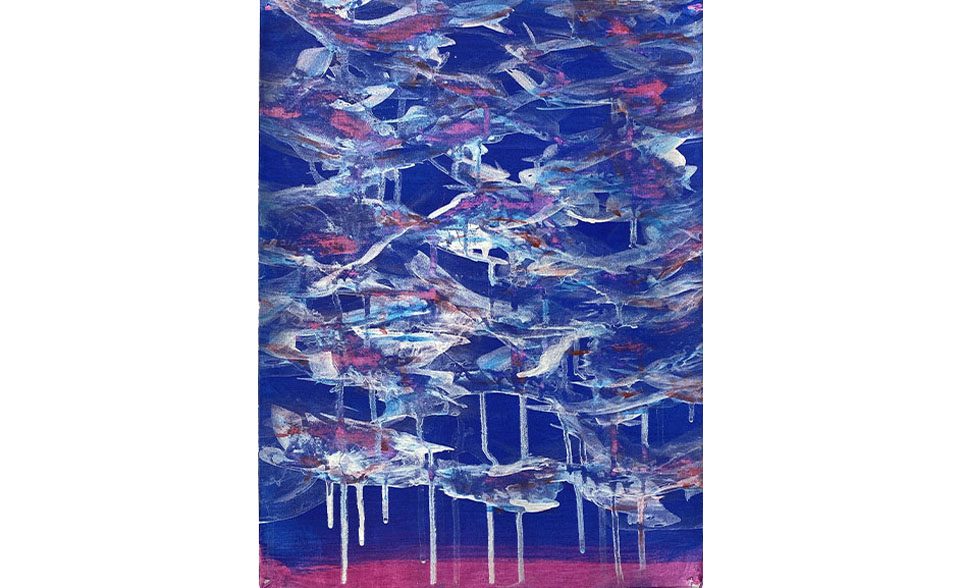