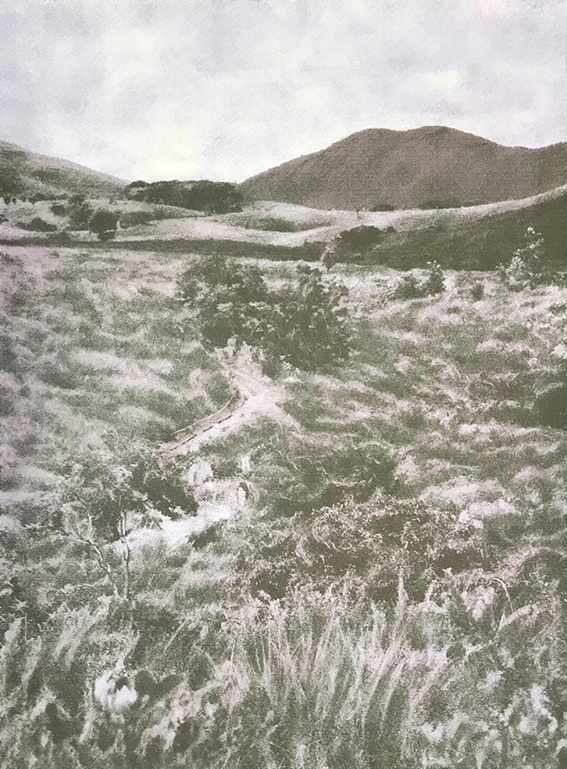 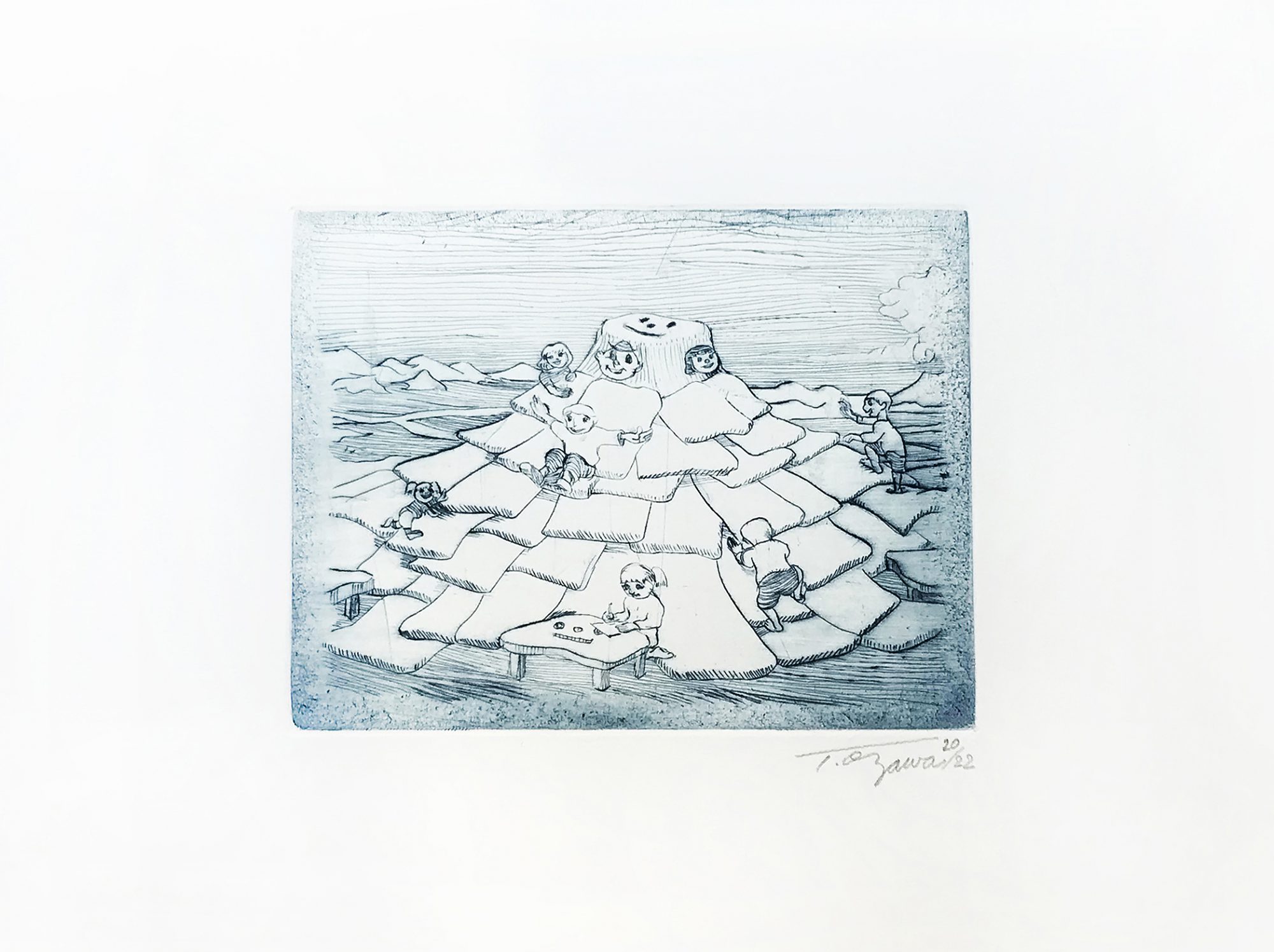 MISA SHIN GALLERY is pleased to announce Multiples, a group exhibition of printmaking by five of the gallery’s artists, from Tuesday, March 5 through March 30.

The plants and landscapes appearing in Iba Yasuko’s new grain series of prints, which have monochrome-like coloring, are composed of drops of ink that convey a sense of substance. The transparency and depth that they create give the impression that drops, or grains, of light had floated down onto the images on the paper. In contrast, Isozaki Arata sees prints as abstractions and visualizations of architectural concepts. Actual architectural structures are three-dimensional and contain space, but what Isozaki attempts to express in a print is more like a fresh interpretation or an instantaneous image by the architect’s hand.

Kawamata Tadashi’s silkscreens was created in 1995 when he set up installations at the Kunsthalle Recklinghausen, in Recklinghausen, Germany. Shinoda Taro created his first silkscreens in 2017, based on sketches produced for a site-specific project commissioned by Auckland Art Gallery. Viewers normally only see finished works, but by layering sketches, photos, and other images produced as part of the creation process, both Kawamata and Shinoda teach us that the process itself is the essence of their works.

Ozawa Tsuyoshi’s Everyone likes someone, as you like someone is a project that generally goes by the name ‘The Futon Mountain.’ Concerned for children who couldn’t play outside because they lived in areas with high radiation levels in the aftermath of the Great East Japan Earthquake in 2011, Ozawa installed the Futon Mountain at the Fukushima Prefectural Museum of Art. The Futon Mountain in this copperplate print possesses a different level of intimacy than the installations, acting as a small declaration that the nuclear incident will not be allowed to fade away with time.

This exhibition can be thought of as an experiment of sorts, featuring explorations of the potential of printmaking by artists who work predominantly in painting, sculpture, installation, or architecture.