Ozawa Tsuyoshi “Everyone likes someone, as you like someone” 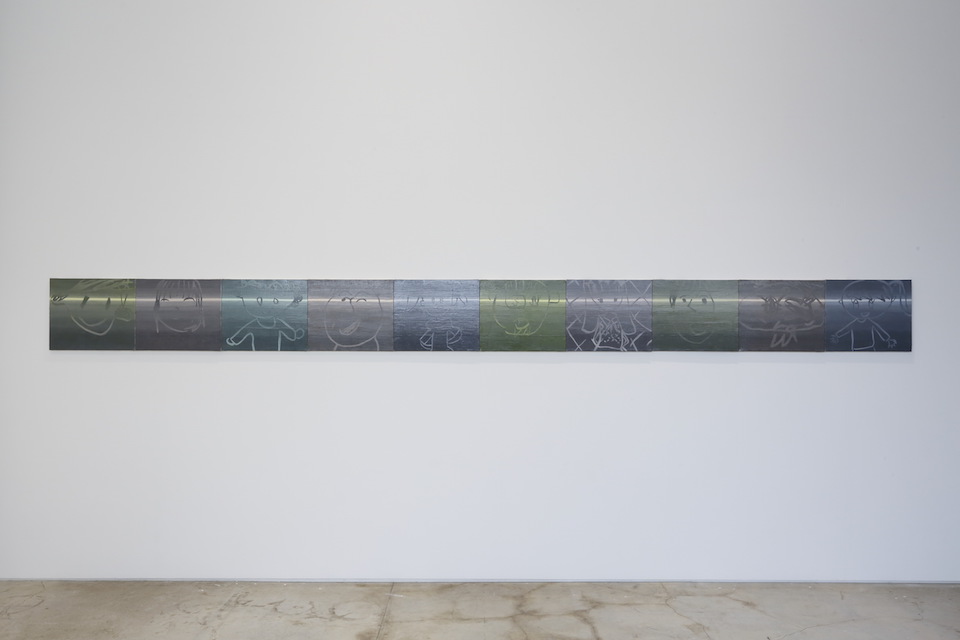 Ozawa Tsuyoshi Everyone likes someone, as you like someone 2016
Installation view at MISA SHIN GALLERY
Photo: Keizo Kioku

Ozawa Tsuyoshi Everyone likes someone, as you like someone 2016
Installation view at MISA SHIN GALLERY
Photo: Keizo Kioku

Ozawa Tsuyoshi 小沢 剛
Everyone likes someone, as you like someone
あなたが誰かを好きなように、誰もが誰かを好き
Date: Friday, April 15 – Saturday, June 18, 2016

Ozawa Tsuyoshi’s creation Everyone likes someone, as you like someone is an enormous heap of over a hundred futons. Children encountering the installation are allowed to freely scramble up, slide down, and roll around on the heap of bedding, which generally goes by the name ‘The Futon Mountain.’ At the top of this mountain is a letterbox, where each child is encouraged to post a postcard with a picture he or she has drawn of a loved one, knowing that their card will eventually be delivered to someone he or she has never met.

Since 2005, the Futon Mountain has been exhibited in a number of cities, including Brisbane, Tokyo, Bangkok and Hiroshima. After the Great East Japan Earthquake in 2011, concern for high radiation levels restricted children of Fukushima from playing outside, but crowdfunding from all over Japan enabled the artist to install the mountain at the Fukushima Prefectural Museum of Art in 2012, providing local children with a valuable opportunity to play in safety. The restriction on time spent playing outside has recently been lifted in Fukushima Prefecture, but many still feel uneasy about the idea, and Ozawa has continued to deploy this work for the benefit of children in Fukushima’ s cities. The Futon Mountain was taken to Alios Performing Arts Center in Iwaki in May 2015, and to the Yume Hat in Minamisōma in February 2016.

This exhibition at MISA SHIN GALLERY is made up of around thirty reproductions made by Ozawa of portraits drawn by children in Minamisōma, Fukushima, of people they love. The children’s pictures have been reproduced by Ozawa in simple lines on canvases each using a different background color, graded in tone. Each of these canvases has a white line running through its top section, coinciding exactly with the eyes of the figures in the paintings. When these are displayed side by side in a row, the lines connect up, forming a single beam of bright light running through the canvases. The eyes of the people loved by the children of Minamisōma seem both to be gazing out into the distance, and also casting their light upon us.

Ozawa Tsuyoshi’s solo exhibition, ‘Everyone likes someone, as you like someone’ is a celebration, through his reproductions, of the pictures drawn by the children of Minamisōma.

Ozawa Tsuyoshi
Born in 1965 Tokyo. Participated in exhibitions at museums and biennales worldwide, including the Venice Biennale. Major solo exhibitions include “Answer with Yes and No!“ Mori Art Museum (Tokyo, 2004) and “The Invisible Runner Strides on“ Hiroshima Contemporary Art Museum (Hiroshima, 2009). His works are in public and private collections including ZKM (Germany), the National Museum of Art, Osaka, UBS, Kamata Soy sauce Company.