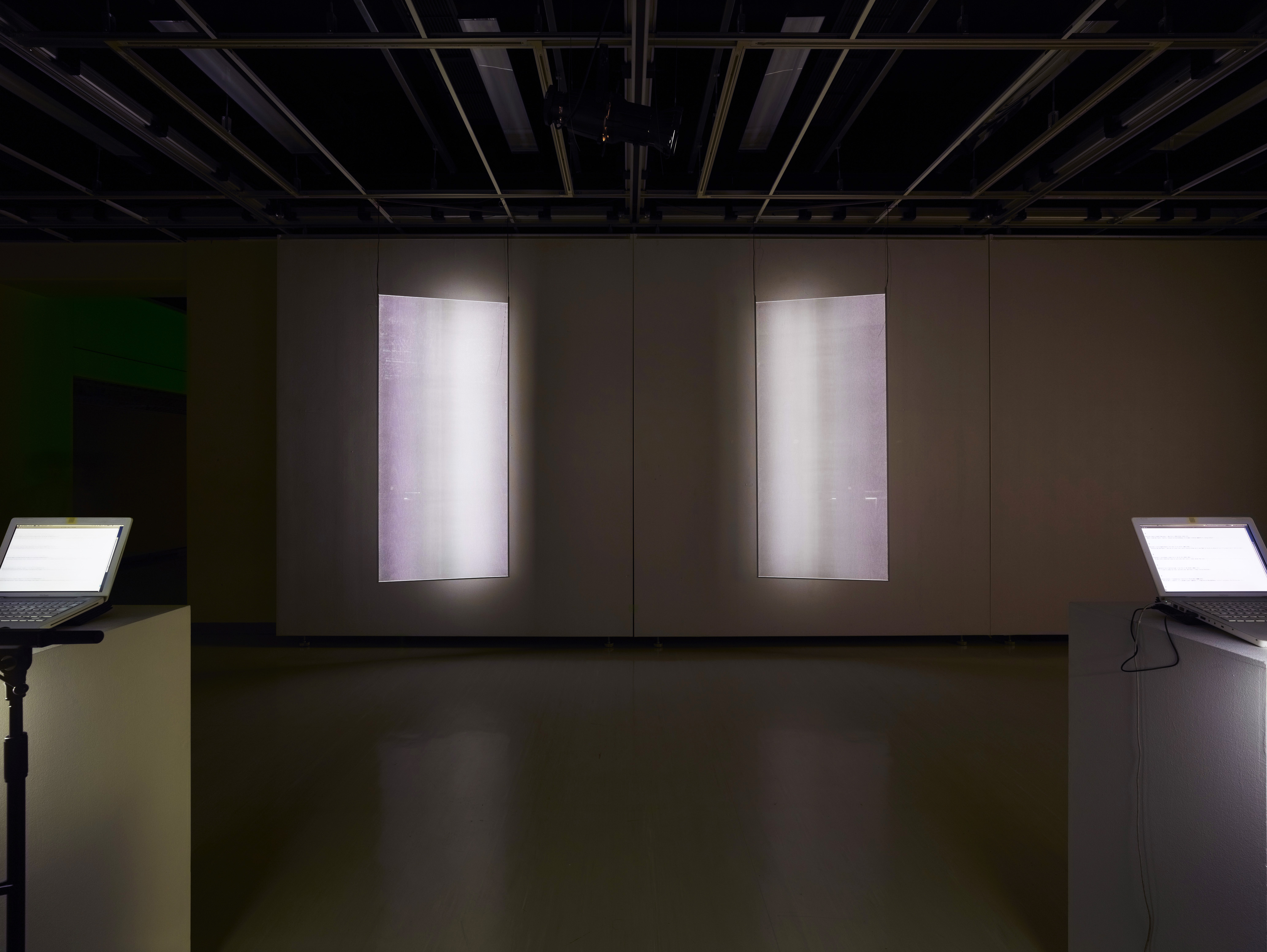 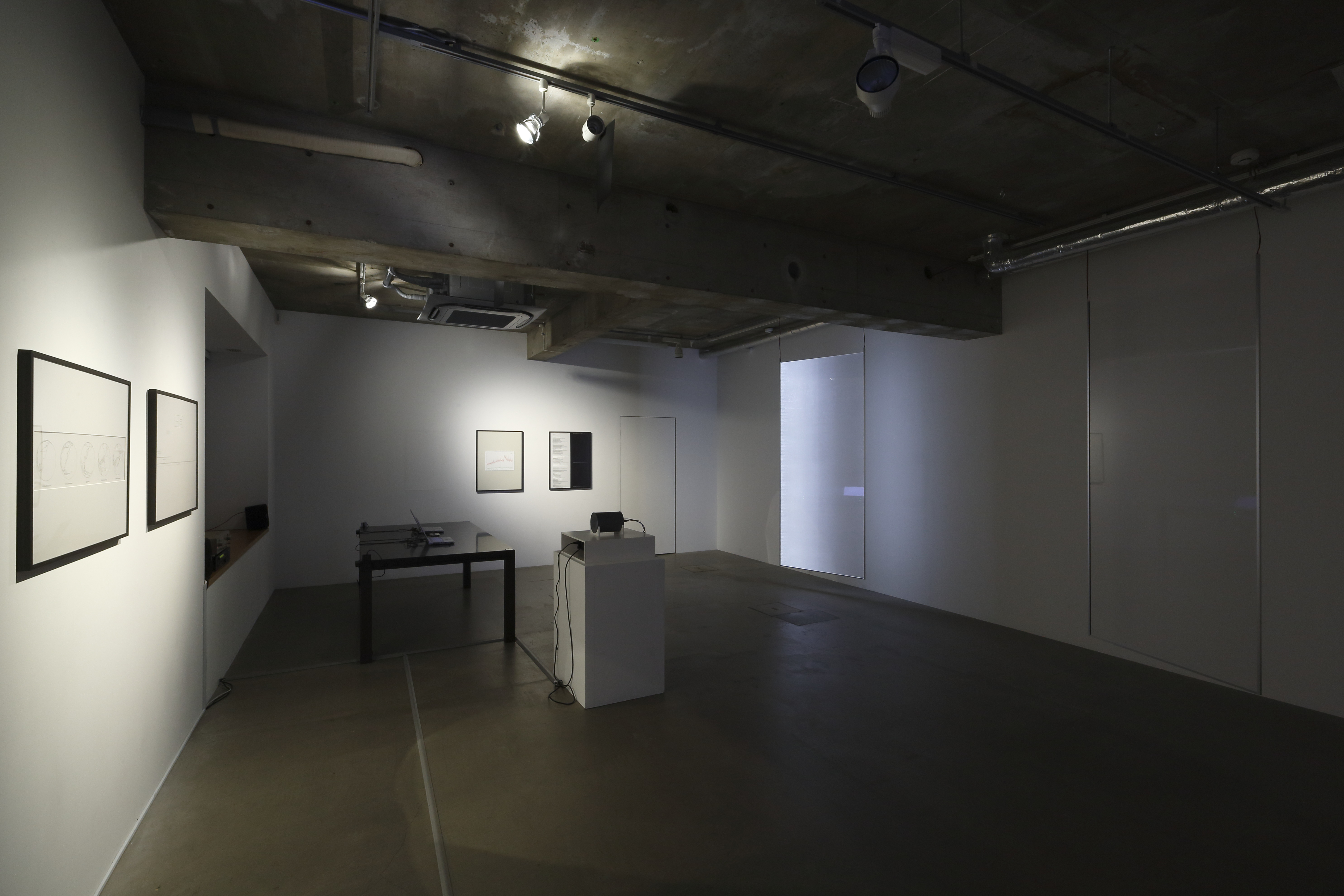 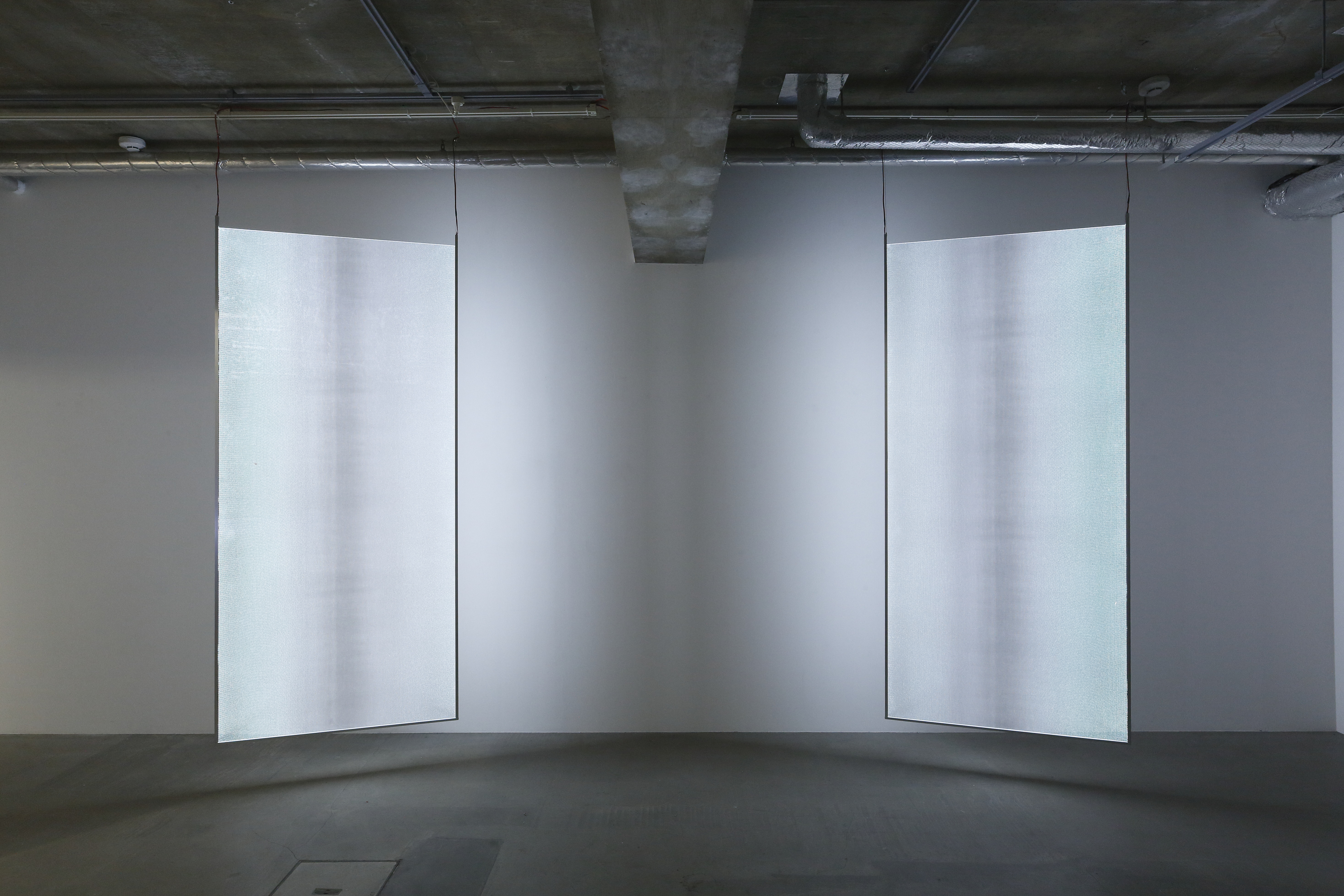 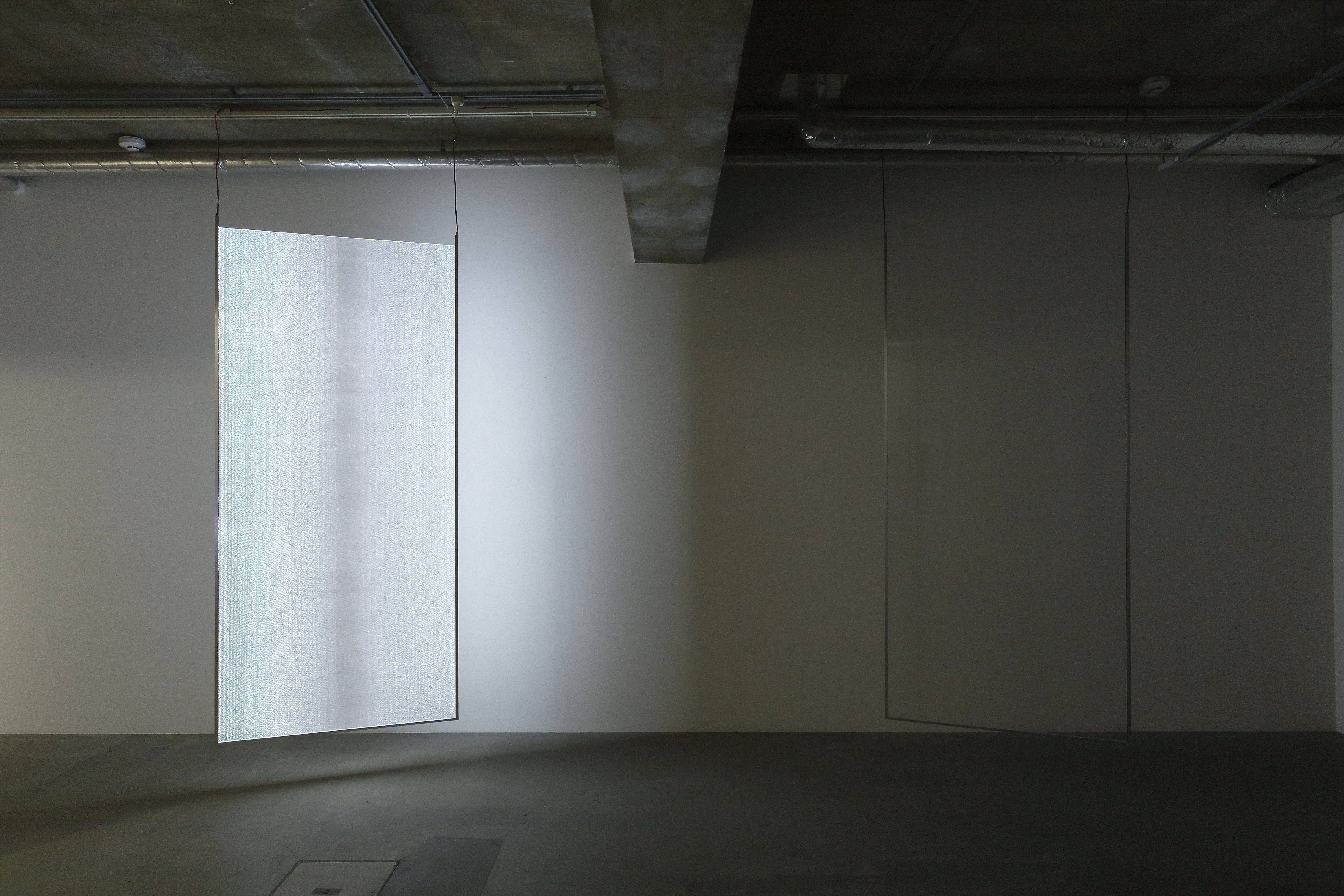 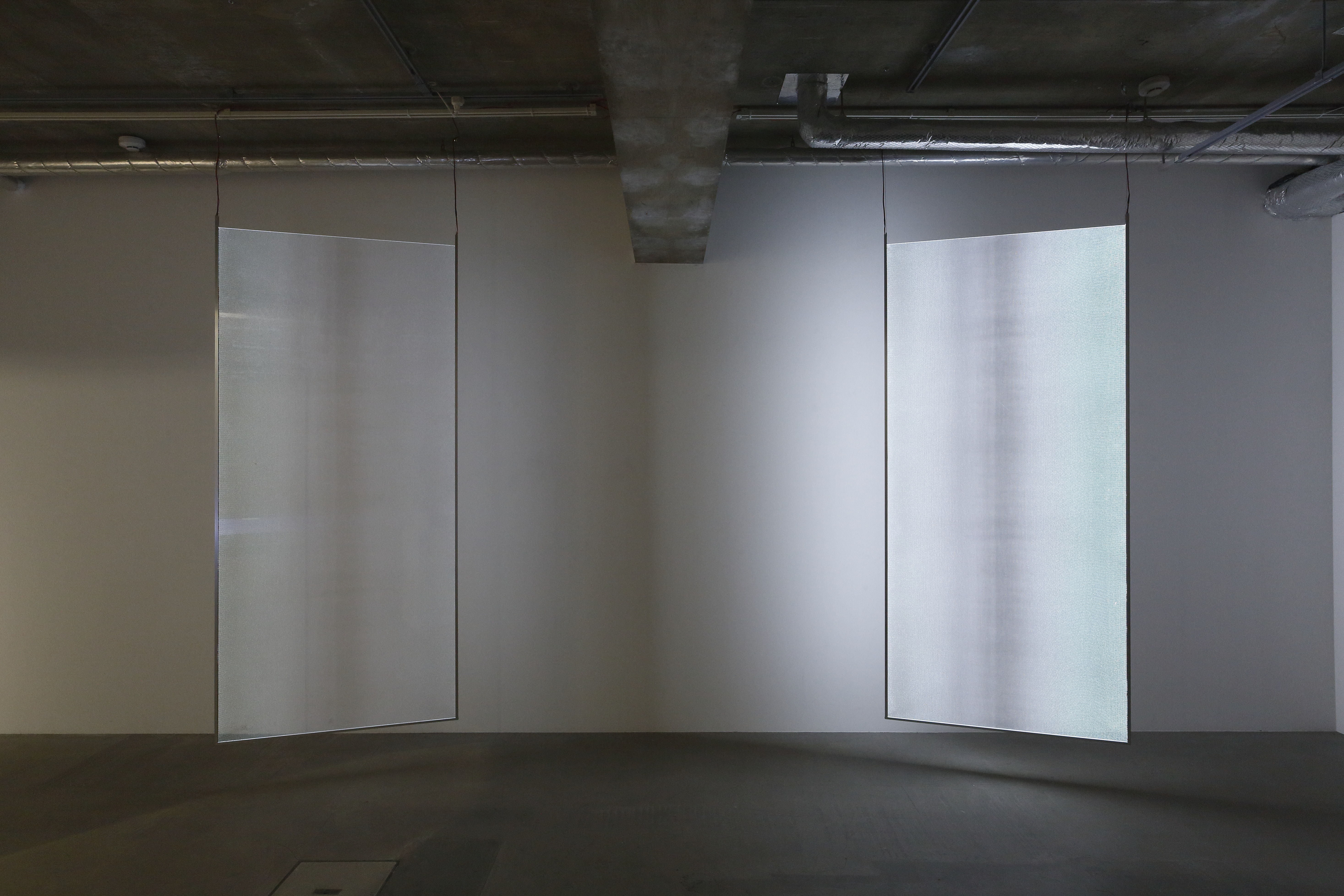 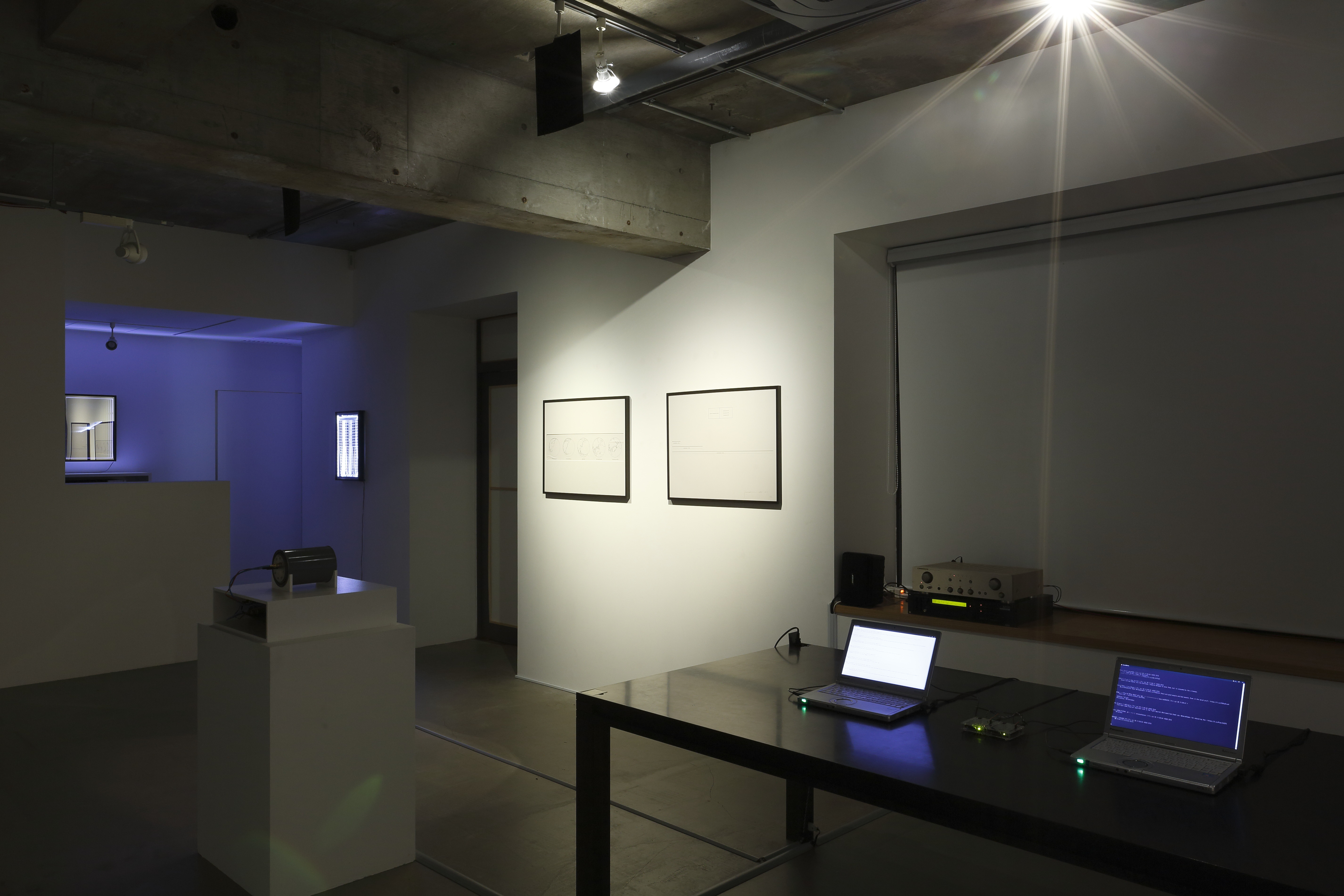 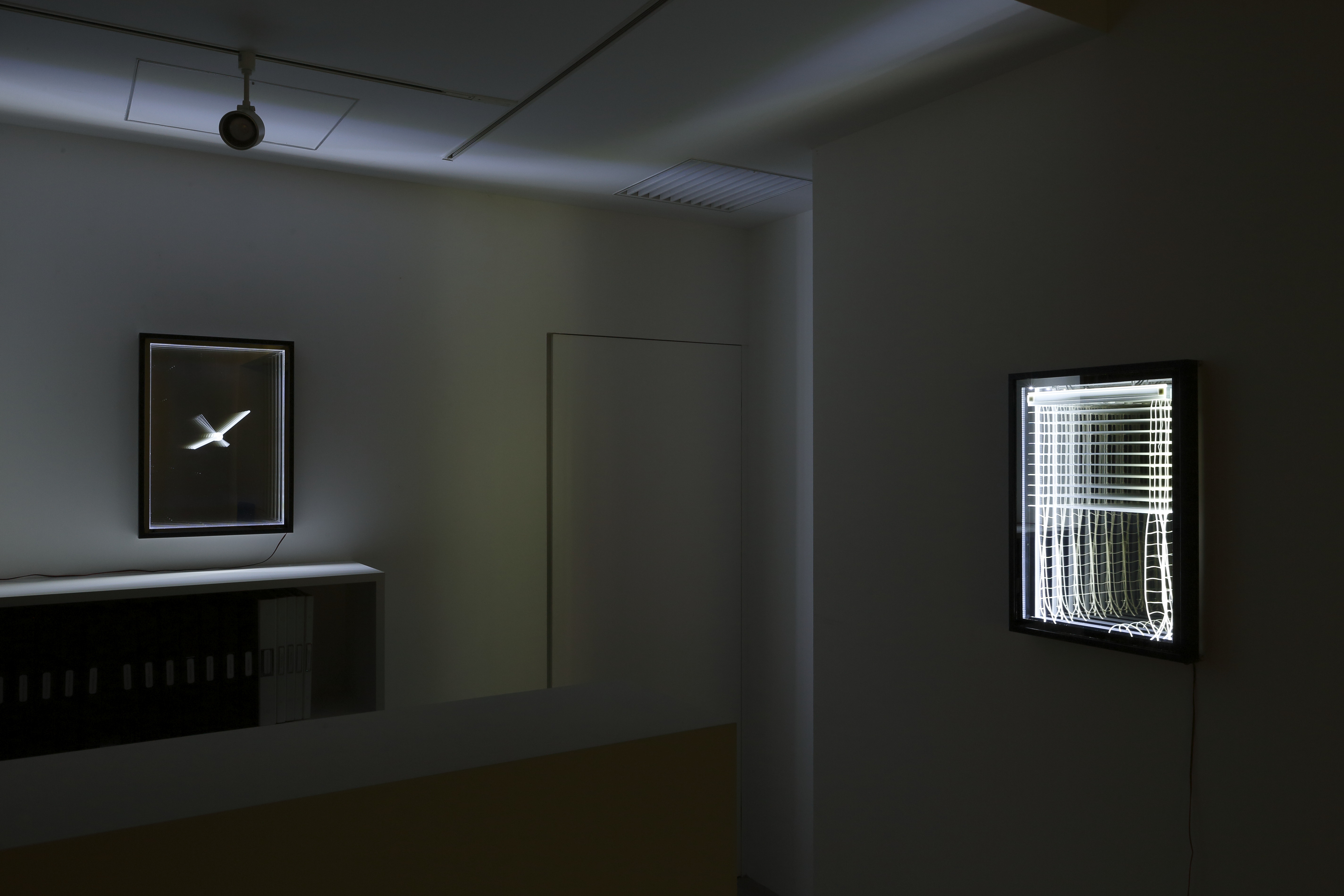 As an artist, Shimizu’s work is rooted in the idea of positivism, in which he explores the relationships between art and natural science, and birth of motion and elements, by utilizing existing elements in the physical world, such as sound, light and vibration, the phenomena that such elements produce, and our perception of those phenomena.

The exhibition focuses on Shimizu’s window, which makes use of Twitter, and also presents decay music, which detects radioactivity and converts it into musical tones using a twelve-tone equal tempered scale.

Monitoring the world’s Twitter feeds in real time, window visualizes big data by indicating the movement of thought throughout the world in the form of two light-emitting panels that flicker in real time whenever the keywords “light” or “darkness” and their equivalents in seven languages appear in tweets anywhere in the world.

The two light-emitting panels, in conjunction with the space between them, form a triptych that adheres to the size and format of Hieronymus Bosch’s triptych The Garden of Earthly Delights, a distinctively demarcated from other Flemish Primitives of the same period. Even today, people debate the interpretation of The Garden of Earthly Delights, which despite being an altarpiece, portrays in detail the temptations of pleasure and the folly of humanity. The arrangement of the panels links window’s keywords “light” and “darkness” to Bosch’s themes of heaven and hell, suggesting that human behavior and foolishness are monitored, and eventually lead to a central void.

decay music (2017) is a collaboration with Iida Hiroyuki, who Shimizu worked together in the collective and also as a label, WrK. It produces a musical performance automatically using a scintillator set up indoors that detects gamma ray radiation in the exhibition space, converting the energy levels of individual gamma rays to tones on an equal tempered scale. Specifically, it plays a high note when high energy is detected and a low note when low energy is detected, producing different performances according to the location—Tokyo, Hiroshima, Fukushima, Chernobyl, etc. Consequently, the location and the environment where decay music is installed become both the composer and the performer. This experiment in associating an existence far transcending human perception and senses with the time-based art of an equal tempered scale makes us aware that the span of our existence is but an instant compared to the enormous timespans involved in phenomena such as radiation and the earth’s crustal movements, which were already in motion long before the emergence of life and have had a tremendous impact on human evolution and civilization.