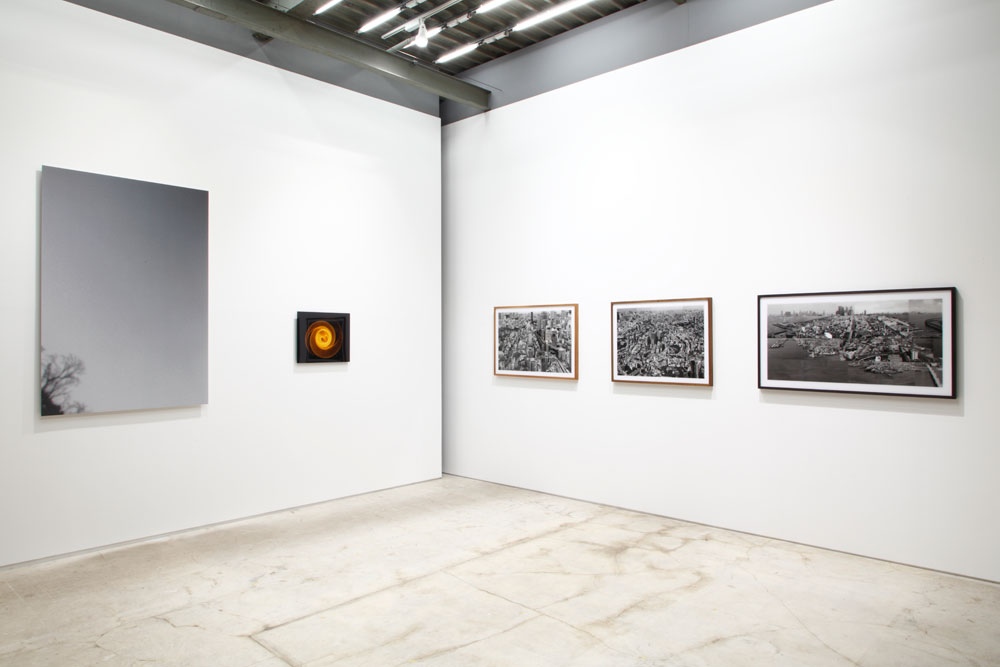 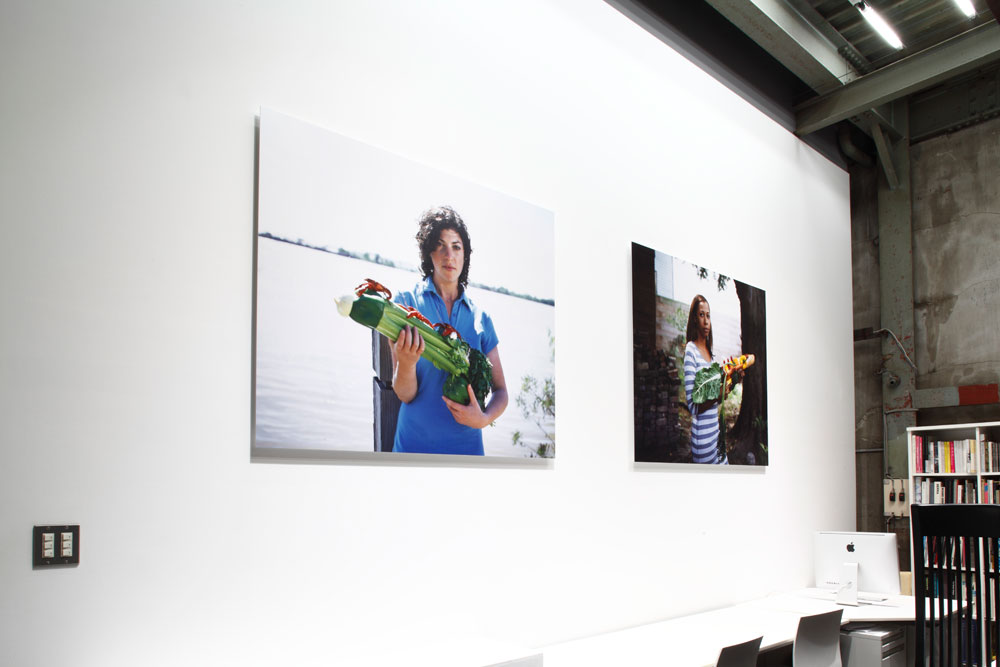 “Today everything exists to end in a photograph.” Susan Sontag

Susan Sontag wrote the above in her classic book “On Photography” in 1977. In the 35 years since, the context in which we understand photography has changed drastically It has become a medium for presenting concepts and opinions like other artistic media, such as paintings and drawings.

The exhibition present works by artists, Shimizu Jio, Ozawa Tsuyoshi, and Back Seung Woo, showing different approaches that make use of photography.

Shimizu Jio is an artist who magnifies the unique characteristics of sound, light and the vibrations of the physical world. His exhibition this time features direct prints of moiré patterns created through an installation using lasers and water. Laser rays are shone through water drops, which results in unique distortions and interferences in the light which is projected on the wall. The patterns created are a unique, infinite variety of patterns in this physical world. The prints are made in a darkroom where laser rays are projected for only 1/100 second. Each is a unique work developed by Shimizu himself.

“Jizoing” is a series of photographs of small hand-made jizo statues taken in different landscapes by Ozawa. “Nasubi Gallery” is a milk box turned into the smallest gallery in the world. “Soy sauce painting”, is a series mocking Western and Japanese art masterpieces using the medium of soy sauce. Ozawa Tsuyoshi is known as an artist with insight into history and society, yet his method of expression is humorous and full of wit. The exhibition also includes “Vegetable Weapon”, a series of photographs of women holding guns made from vegetables. The projects have been carried out in different cities world wide, addressing the stupidity of war and violence. The show will also introduce a work photographed in Fukushima right after the earthquake and the nuclear power plant accident in March 2011.

Back Seung Woo is a South Korean artist known for series such as “Blow Up” and “Utopia”, in which he uses expressive techniques where the real and unreal interplay. The photos in his new work, the present exhibition’s “Re-Establishing Shot” (2012), feature images which, while appearing to us to be parts of cities we know, have an vagueness of place, which gives us an uncanny sense of absence. Since they are photographic works, we know that the original images are slices of reality, but cutting them out in pieces causes a loss of the histories and memories that make up the cities, and their significance is therefore altered: they are no longer necessarily real, and the viewer is forced to infer, speculate, and fantasize.

As Sontag discussed the society in the United States in 1970s by way of her radical critical work on photography, in this same way, by analyzing photography today, we may also engage in an analysis of the current society in Japan and the world. We hope that you will enjoy the different perspectives of the three artists in “ON PHOTOGRAPHY”, as they seek the meaning and future prospects of contemporary art, in addition to what its social role might be.

Ozawa Tsuyoshi
Born in 1965 Tokyo. Participated in exhibitions at museums and biennales worldwide, including the Venice Biennale. Major solo exhibitions include “Answer with Yes and No!“ Mori Art Museum (Tokyo, 2004) and “The Invisible Runner Strides on“ Hiroshima Contemporary Art Museum (Hiroshima, 2009). His works are in public and private collections including ZKM (Germany), the National Museum of Art, Osaka, UBS, Kamata Soy sauce Company. He will participate in the Bessho Biennale, Kyushu, Japan this October.

Shimizu Jio
Born Tokyo, 1966. Received his MFA in the Graduate School of Art at the Tokyo University of the Arts and is presently based in Saitama. In 1994 founded WrK with Toshiya Tsunoda and others. In 2008 moved to Copenhagen as an overseas trainee in receipt of a grant from the Agency for Cultural Affairs, thereafter remaining to live and work until 2010. Major group exhibitions include “Roppongi Crossing” at Mori Art Museum (Tokyo, 2004), the Busan Biennale 2008 at the Busan Museum of Art (Busan, 2008), and “Simple Interactions. Sound Art From Japan” at the Museum of Contemporary Art Roskilde (Copenhagen, 2011), “On the edge” (Norway, 2012).