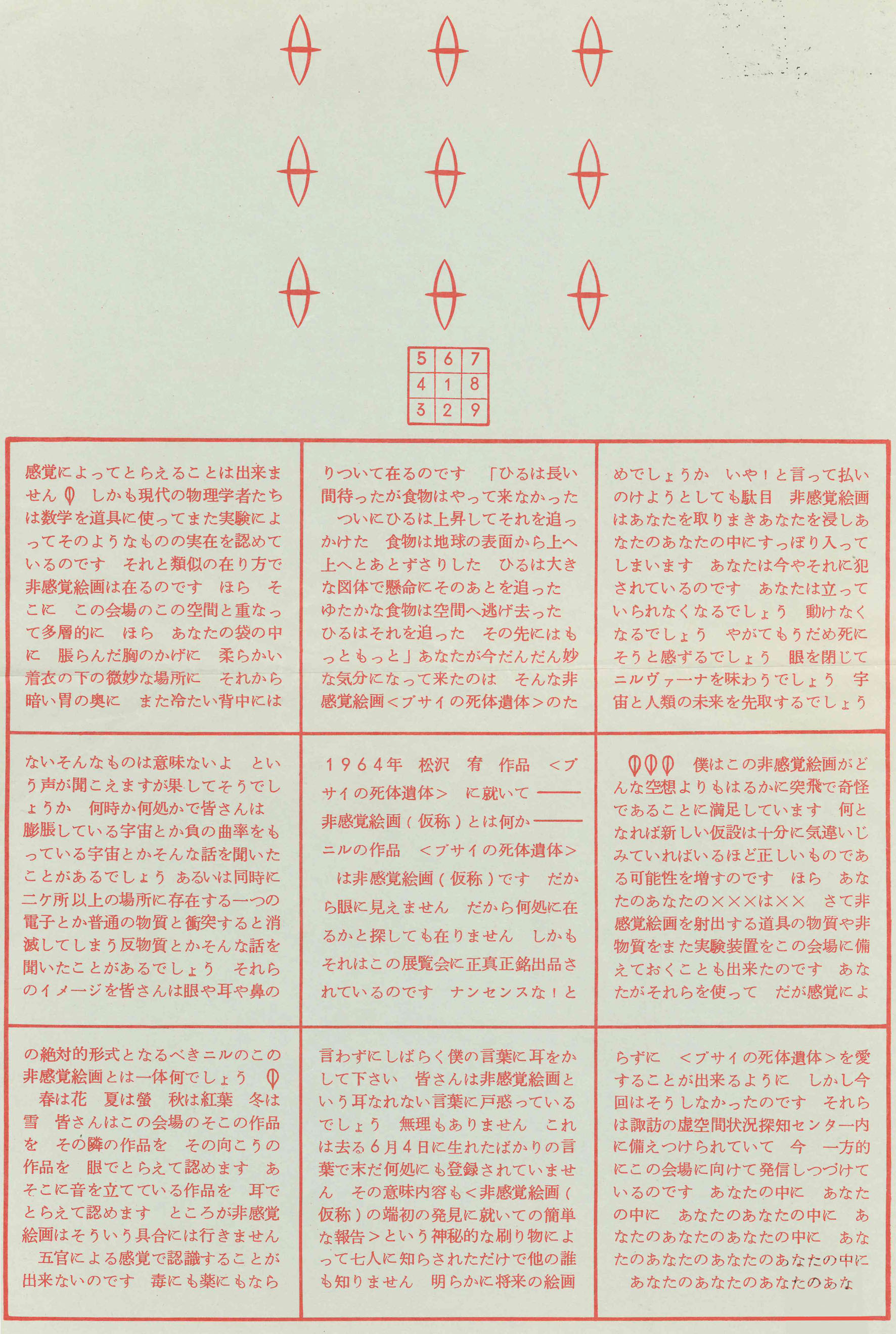 Born in Shimosuwa-machi, Shimosuwa-county, Nagano prefecture, February 2nd, 1922. BA from Waseda University in Architecture from the Department of Technology, 1946. Following his graduation, Matsuzawa returned to his hometown in Shimosuwa, and published a collection of poems called “Immortality of the Earth.” In 1952, he had his first solo exhibition at the Bijutsu Bunka Art Association’s 12th exhibition. In 1955, Matsuzawa studied abroad in the US on a Fulbright scholarship. His presented his next exhibition titled “Spiritualism series” at the Yomiuri Independent Exhibition, in 1958, and annually was invited to present at the same venue until 1963. At midnight on June 1st, 1964, he is met by revelation to “get rid of objects”, and begins creating work as a conceptual artist. Matsuzawa became internationally recognized, after his work is featured in numerous overseas venues such as the Venice Biennale, 1976, and the San Paulo Biennale, 1977. In the 2000s, he has participated in exhibitions held at various venues including the Saito Memorial Kawaguchi Museum of Contemporary Art, the National museum of Modern Art, Tokyo, and the Toyota Municipal Museum of Art. Matsuzawa ended his prolific journey at age 84 in his hometown of Shimosuwa. Nagano prefecture, on October 15th, 2006.

1956-57  Studied contemporary art and philosophy of religion at Columbia University, New York, USA
1955  Fulbright exchange professor at Wisconsin State College, Wisconsin, USA
1946  Graduated from Department of Architecture in the Faculty of Science and Engineering at the Waseda University, Tokyo, Japan 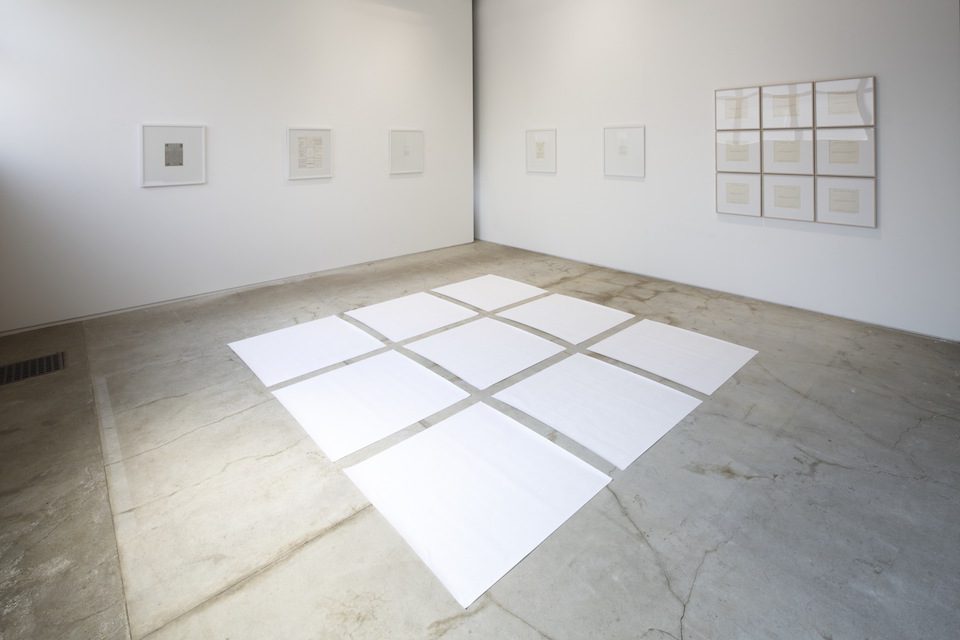