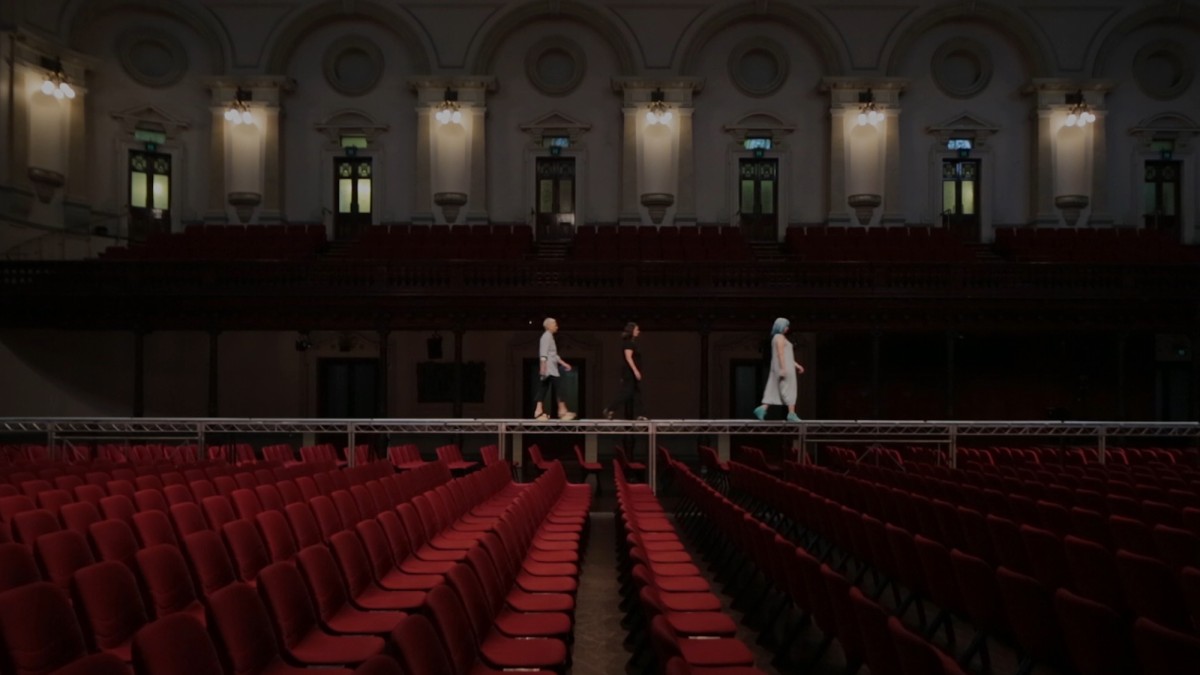 Our Songs – Sydney Kabuki Project, The Biennale of Sydney, 2018

Akira Takayama will present a performance event “Our Songs” at Alte Oper Frankfurt, Germany on Saturday, November 19, 2022. 24:00(EST) / 16:00(CET) To addition to the public viewing at the Hauptwache Station, the performance can also be seen online as live streaming on youtube.

The city of Frankfurt is home to people from 178 nations, and more than half of the population consists of immigrants. For Takayama’s “Our Songs”, almost 80 participants from all over the region would appear on stage after walking through a long raised walkway that resembles the shape of a traditional Japanese Kabuki stage, to share their songs, poems and stories, that has been passed down as their culture heritage, in their own language.

Takayama Akira  Artist Page
Born in 1969. In 2002, he formed the theater company Port B, and since then has been producing installations, touring performances and social experiments utilizing urban spaces as a way of engaging with cities and societies across the world. In recent years, collaboration with those from other fields including visual art, tourism, literature, architecture, and urban researches has seen the scope of his practice broadening further, and he has applied his theatrical philosophy and methodology to opening up new possibilities in a variety of fields. Major works include the Our Songs-Sydney Kabuki Project (Sydney), the Wagner Project (Yokohama), McDonald’s Radio University (Frankfurt, Berlin), Tokyo/Heterotopia (Tokyo), Piraeus/Heterotopia (Athens), Beitou/Heterotopia (Taipei), Beirut/Heterotopia (Beirut), Yokohama Commune (Yokohama), Compartment City – Vienna (Vienna), Referendum Project (Tokyo, Fukushima, etc.), and The Complete Manual of Evacuation (Tokyo, Frankfurt). He has participated in major exhibitions, such as Yokohama Triennale (2014), Maison Hermès (2015, Tokyo), Roppongi Crossing (2016, Mori Art Museum, Tokyo), Sharjah Biennial (2017), and Biennale of Sydney (2018). He is an associate professor at the Graduate School of Film and New Media, Tokyo University of the Arts.