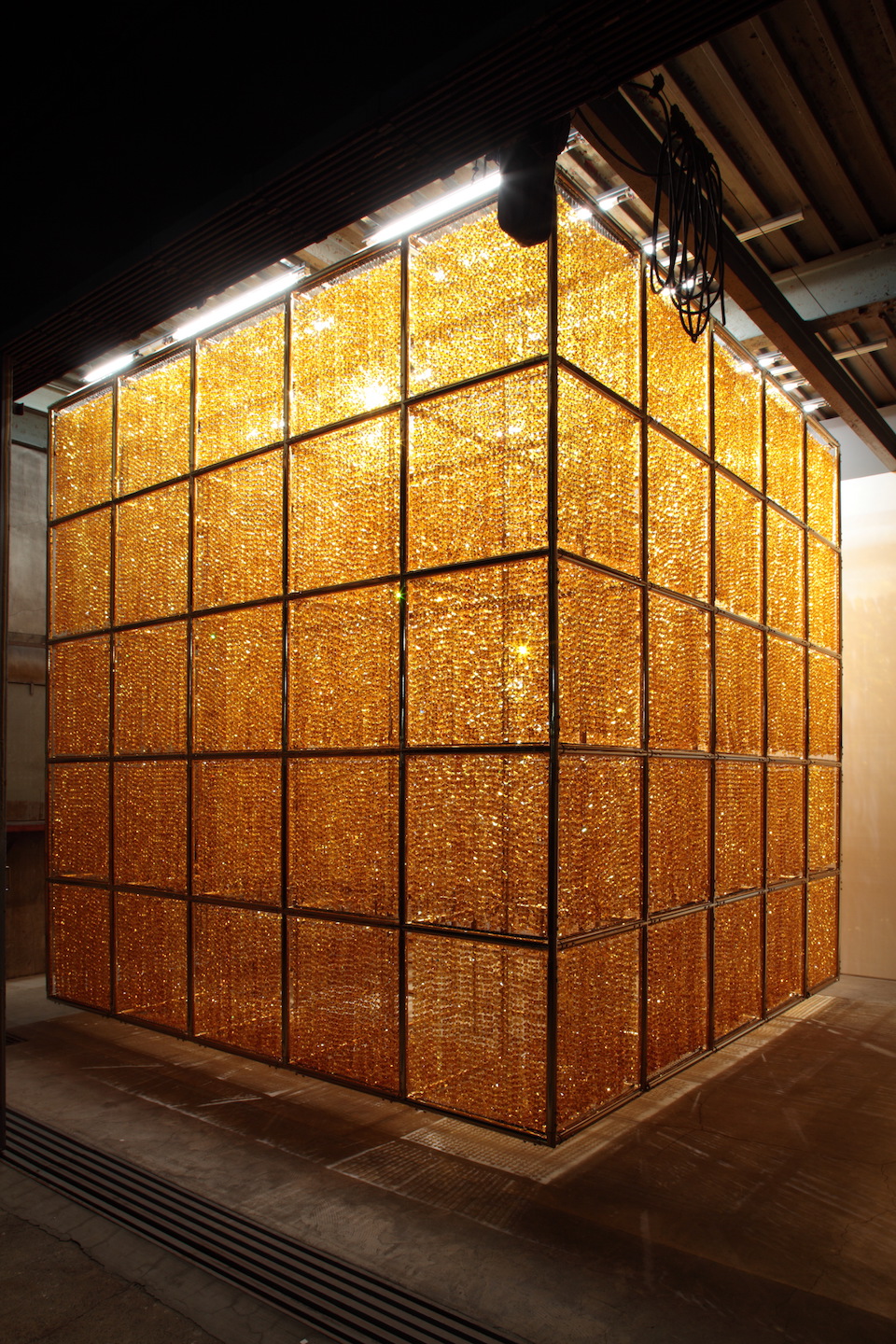 Ai Weiwei was born in Beijing in 1957. In 1979, during the dawn of China’s now burgeoning contemporary art scene, Ai set out on the path of an artist with his involvement in the establishment of Xingxing (The Stars), the first avant-garde art group to be formed since the Cultural Revolution. Between 1981 and 1993, Ai lived and worked in the United States. Nowadays, Ai is based in Beijing, where his activities span myriad domains, including art, architecture, design and social activism. His works of conceptual art, which tend to contain cutting insights into society, have won critical acclaim around the world.

Ai made his first chandelier artwork in 2002, when he participated in the first Guangzhou Triennale. Inspired by a scene from Sergei Eisenstein’s film October, in which a shaking crystal chandelier hanging behind Lenin indicates gunfire in the distance, Ai created his own chandelier, leaving the scaffolding used to install it in place. The work was a stunning symbol of the uneasy status of Western society’s wealth and power, and he made several versions in different locations around the world.

Cube Light, which will be shown at MISA SHIN GALLERY, is the largest volume made in the chandelier series, and the first that has been in the shape of a cube. It is one of several of Ai’s works that have been reminiscent of the minimalist art made by the likes of Sol LeWitt and Donald Judd. Ai settled on the plan to make Cube Light almost immediately after seeing the space and floor plan of MISA SHIN GALLERY. Ai described the space as “a room for one light” as the size of the space fit perfectly with the volume of the cube light. We hope very much you will come and appreciate the delicate light emitting from the artwork as it illuminates a gallery that retains reminders of its previous life as a factory.

Ai Weiwei
Born in Beijing in 1957. In 1978, he helped establish the avant-garde group Xingxing (The Stars). Between 1981 and 1993, he lived and worked in New York. Since 1993, Ai has been based in Beijing, working as an artist, curator, architect, designer, critic and social activist. His major group exhibitions include the first and second Guangzhou Triennale (2002, 2005), Biennale of Sydney (2006) and Documenta 12 (2007). Ai collaborated with Herzog & de Meuron on the Beijing Olympic Stadium (the “Bird’s Nest”) and also participated as part of a group in the 11th Venice Biennale of Architecture (2008). Ai’s major solo exhibitions include “According to What?” at the Mori Art Museum (Tokyo, 2009) and “So Sorry” at Haus der Kunst (Munich, 2009-2010). A large-scale, commissioned work by the artist is currently on display in the Turbine Hall at London’s Tate Modern.